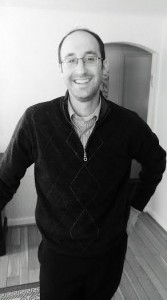 For some people, music is just something that they listen to, a well-ordered assortment of pleasant notes that play in the background during scattered moments of their lives.

Rabbi Avi Kilimnick, of Congregation Beth Shalom in Rochester, New York, is not one of those people.

Born into a family that is passionate about music, Rabbi Kilimnick was raised on a steady diet of Jewish music that included the best of Mordechai Ben David, Avraham Fried, Dveykus, Shlomo Carlebach, and Dedi. For Rabbi Kilimnick, music, like oxygen and blood, is an essential component that is a part of his very being.

“My father, Rabbi Shaya Kilimnick, is a composer,” Rabbi Kilimnick told The Jewish Link. “He wrote quite a few songs including “V’Neemar,” which was featured on the album JEP 4. Music has always been part of our family and I loved listening to Jewish music as a kid.”

It was the release of Yaakov Shwekey’s third album, Yedid, that was a turning point in Rabbi Kilimnick’s life, when he discovered that he had a knack for imitating the popular singer’s musical style.

“Something really exploded in Jewish music when Yaakov Shwekey came on the scene, and I just wanted to be a part of it,” explained Rabbi Kilimnick, who found himself davening for the amud and taking the microphone more and more often at friends’ weddings and NCSY events.

That love of music has continued to grow over the years and culminated just recently with the release of his first album, titled “Hadran,” featuring 10 tracks. Nine are original compositions, written over a 15-year period.

“It has been a really long process,” said the father of two. “I play a little piano but music comes to me when I am out and about. The earliest song is probably from when I was a student at Yeshivat Shaalvim.”

“The first song, ‘Ditan,’ is for a siyum, bringing the joy that you get when you celebrate finishing a masechta,” explained Rabbi Kilimnick. “‘Tov L’Hodos’ was written when I was in Shaalvim. It is a song of appreciation because I couldn’t have been in a better place, and it was written in a thankful moment. ‘V’Shavu’ is a song that I hope catches on with Nefesh B’Nefesh and new olim who see their dream of coming home finally coming true.”

Rabbi Kilimnick dedicated the song “Shaar Hashamayim” to the memory of the Eyal Yifrach, Gilad Shaar and Naftali Fraenkel, the three Israeli teens who were brutally slain during the summer of 2014.

“Music is the journey and the sound of the soul,” explained Rabbi Kilimnick. “When I sing the song ‘Gadlu,’ I can see people taking out the Torah. ‘Bamarom’ brings the feeling of bentching and ‘Yom HaShabbos’ conveys the special mood of Shabbos.”

More than just an enjoyable listen, music is a powerful tool for Rabbi Kilimnick, who teaches at Rochester’s Hillel Community Day School and has been an advisor for the upstate New York chapter of NCSY.

“Music is a spiritual connection,” said Rabbi Kilimnick. “It is my channel to my neshama.”

Rabbi Kilimnick’s smooth vocals take you easily through all 10 songs on “Hadran,” and he is joined by another local educator in his music journey, with Rabbi Daniel Goldstein, the menahel of the Chafetz Chaim Yeshiva in Rochester, contributing background vocals. The two are accompanied by a solid assortment of instruments including drums, guitar, bass, trumpet, trombone, saxophone, violin, clarinet, organ, cello, upright bass and a percussion section, giving “Hadran” a full feel that is often lacking in debut albums. Like its name, “Hadran” is both the end of one musical odyssey for this talented singer and composer and the start of another that will likely yield more beautiful musical moments.

The response to “Hadran,”has been extremely positive. For all who are interested in listening to “Hadran” it is available online via Mostly Music, iTunes, Google Play and CD Baby and soon at a bookstore near you.

Avi Kilimnick is available to perform at weddings, concerts and Shabbos events. He can be reached at (585)-314-3629 or hadranAK@gmail.com.