It’s been a few months since Torah Treasure released a DVD. However producer Chaim Hershkowitz is hard at work developing a new video aimed at Chabad children of all ages.

So what’s this we keep hearing about a children’s video of Chabad nigunim?

Over the years, a lot of people have requested videos made for Chabad kids. I usually answer that I’ve been busy with Mitzvah Blvd, Bella Brocha, and Wonders of Hashem.

But I also didn’t have an idea that I felt was good enough. One day, I saw a video that Bentzi Avtzon produced for Chabad of Philadelphia. It featured the Rebbe’s nigunim, and I realized that this is something that I can do for kids.

How does an idea like that go from idea to production?

It’s a long process. In general, there are a lot of ways to approach any topic; rather than to commit to the first thing that comes into my mind, I write down lots of random thoughts; then I review them hundreds of times. I eliminate a lot of ideas because they could take too long or cost too much or produce. Once I’ve found the strongest idea, I start developing a script. In the case of the Rebbe’s nigunim, the hardest part has been integrating the music.

You’ve used music on your other DVDs, why has this video been so challenging?

In most videos, the music does a couple of things. It serves as a backdrop. It helps reinforce the content. It also helps move the story along. The Rebbe’s nigunim are a lot different! Each stands on its own and is associated with very personal feelings about the Rebbe, about how the melodies and words affect you, things like that. So we had to do it right.

What does doing it right mean?

Good question. A keyboard, for example, can reproduce the sound. But to get all the emotion and energy, you need to work with musicians who relate on a personal level.

We hear you’re using some pretty talented people. Who will be in the video?

Fortunately, a lot of good people were excited about the DVD. We were able to recruit 8th day, Benny Friedman, Eli Marcus and, of course, the legendary Chaim Fogelman. We also have lots of talented kids. I must say, it’s been exciting. On one hand, the video has that real Nichoach feeling. At the same time, it has all the energy of music today.

What will 8th day, Benny, Eli and Chaim be doing?

Doing what they do best! (laughs) We did a story that weaves seven out of the 14 nigunim that the Rebbe taught over the years. Just as importantly, we related message or story that the Rebbe told when he introduced that song! For example, Chaim Fogelman sings Anim Zimeros which involves a shammas finding someone singing this nigun in shul after the fast on Yom Kippur. Therefore, we filmed in the old shul in Beis Rivah with a shammas going around and cleaning up. The Rebbe said “Asader” is an old Ukrainian song, so Benny Friedman sings it both as in old Ukrainian and as he is today with some funny bits in between.

So the video is seven music videos?

Sounds like a perfect blend and something that children today need.

With all the attractions and distractions that are available for kids, I knew that it was time for something that reinforces who we are as chassidim. But I must tell you. I could not have imagined the positive effect it has had on my family. While I’ve been working on this project my 8-year old son has been walking around the house singing these nigunim! Similarly, I believe it will inflame the Chabad spark in many of our kids. 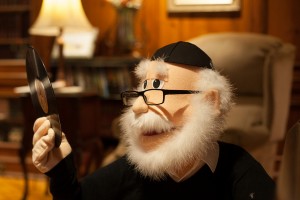 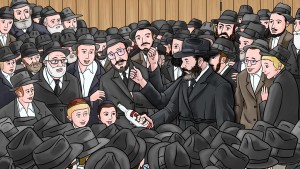 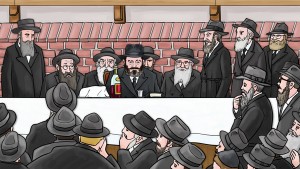 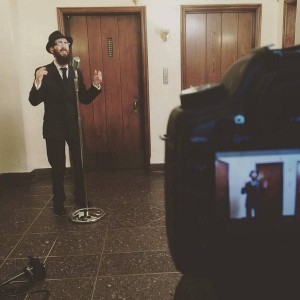 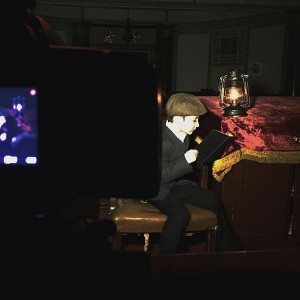