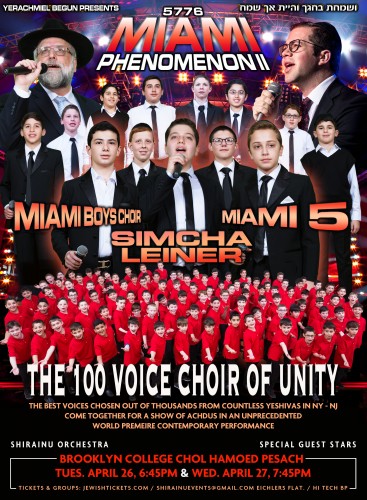 This coming Pesach marks true Jewish Music History on many fronts. Coming off last Pesach’s smash show Miami Phenomenon I, featuring their hit album UT UT, Yerachmiel Begun presents this Pesach – MIAMI PHENOMENON II; a new 3 dimensional performance and presentation. Firstly the one and only MIAMI BOYS CHOIR singing and dancing their hits as well as introducing 2 new songs from their upcoming album, to be produced by one of the biggest names in Jewish Music.
Details will be announced at the show.
Secondly, MIAMI 5, a new dynamic group within MIAMI, showcasing the boys talents in a new way. Their unique & engaging performance will be getting the audiences roaring. Lastly, the new 100 VOICE UNITY CHOIR. Under the Direction of Yerachmiel Begun, this amazing group were selected from thousands of boys from a wide variety of yeshivas in NY-NJ. The Achdus that has permeated the rehearsals is really something special to behold. The massive energetic amazing sound of them singing the current style of Jewish music (Miami & other popular songs plus 2 new songs will be performed by them!) is something extraordinary and moving. And yes, they will be moving too, in a way never seen before!
See pictures below. Coming soon: THE UNITY CHOIR music video documentary. The hottest singer in Jewish Music today is Simcha Leiner. Simcha will grace the stage and sing from his 2 smash hit albums. Special guest stars will appear on each show, and the music will be played by the famed Shirainu Orchestra. Please note a new starting time for the Tues night show. 645pm sharp. This new time is to accommodate families coming from out of Brooklyn and for individuals or families looking for an earlier end time. These shows will be the only Brooklyn shows this pesach.
Get ready for the Phenomenal MIAMI PHENOMENON II.
For tickets and groups go to jewishtickets.com/shirainuevents@gmail.com 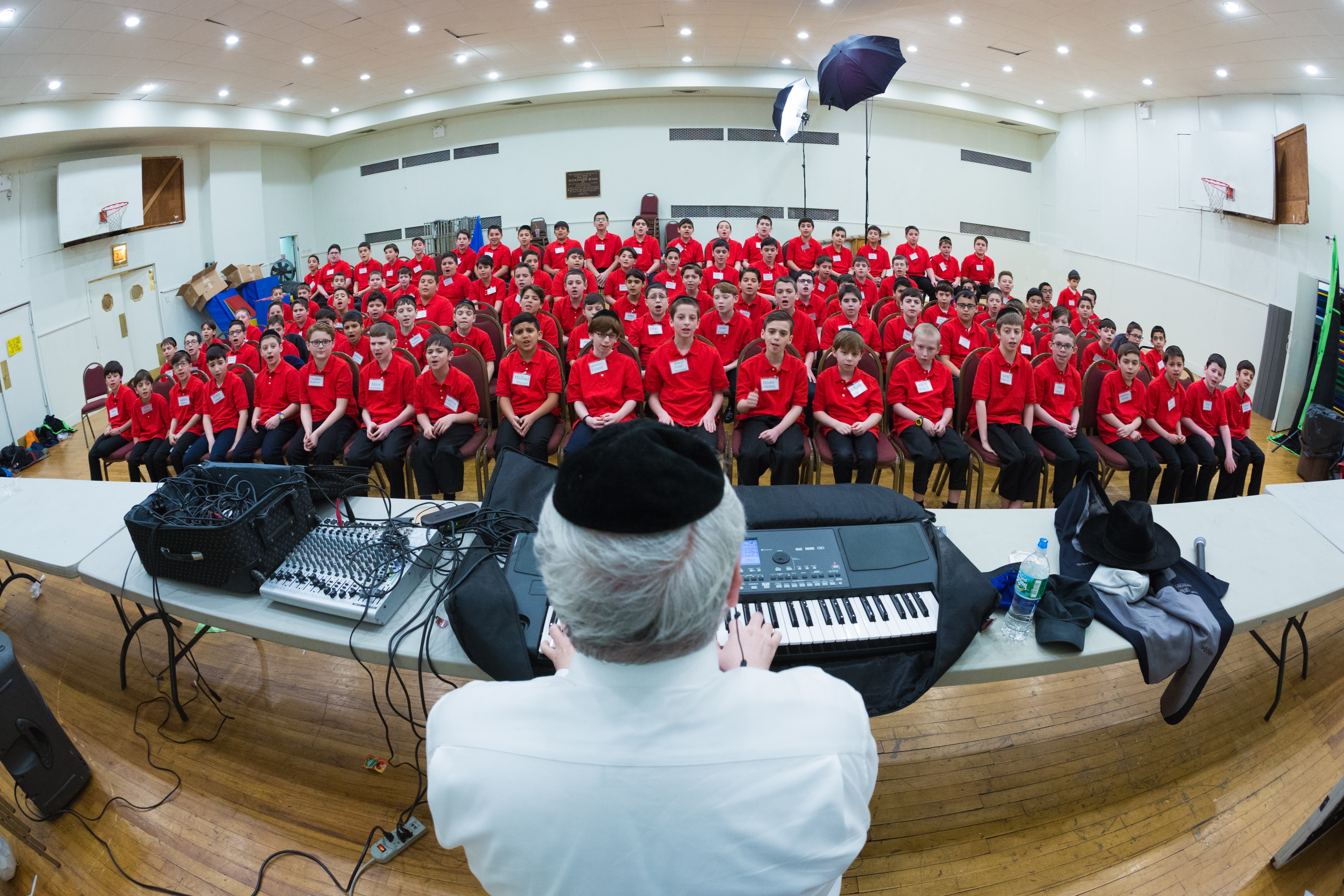