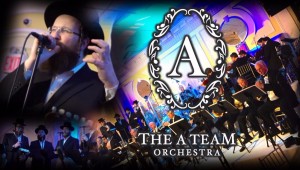 The A Team Symphony Presents:

The A-Team is proud to present a live production of this classic in Jewish music “Shtar Hatnoim” sung originally by Avraham Fried on the album Shtar Hatnoim, composed by Yossi Green, Sung here by the legendary Shloime Daskal, Featuring a large A-Team Orchestra accompanied by The Shira choir.
The song is also featured on the brand new wedding album #NotShayach by Shloime Daskal Available in stores now.