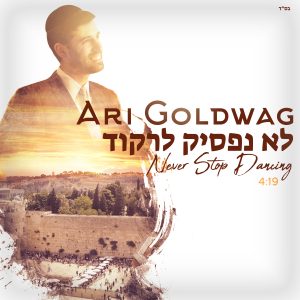 Ari Goldwag is the man behind the hits “Am Echad, “Yesh Tikvah,” “Shalom Aleichem, “Ivri Anochi,” and many others.
The work on his new album has spanned two and a half years, and involved some of the top names in Jewish music. Goldwag has now created a crowdfunding campaign, through which the audience can join in the musical journey and enjoy a number of different prizes: from unreleased tracks to having a song composed specially for you.

In the joyous atmosphere of the month of Adar, Goldwag is releasing a brand new single, which bears the name of the album which will be released on Lag B’omer – “Lo Nafsik Lirkod.” The song was produced and composed by Ari Goldwag and Yitzy Waldner, and the arrangements were done by Playmasters Studio. The lyrics were written by Miriam Israeli and Ari Goldwag.

Check out the crowdfunding campaign www.arigoldwag.com/newalbum 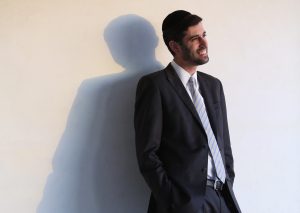