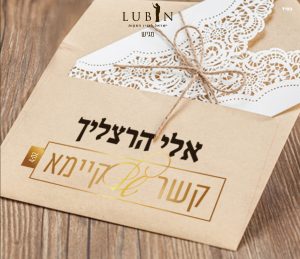 Eli Herzlich‘s debut album, Chosson Domeh Lemelech, was an absolute success with multiple hits that are still being played at weddings and on the radio consistently. Now he is hard at work on his second album, which combines some of the best talents in Jewish music to create a brand new fresh and exciting sound.

Kesher Shel Kayama is the first single from the new album. It is a joint effort between Herzlich and the super duo Eli Kleinand Yitzy Berry. The two composed and arranged the song, both musically and vocally. In several hundred of the disks that were printed, Herzlich has also included a special Bencher that includes the name of the song on it as a gift.