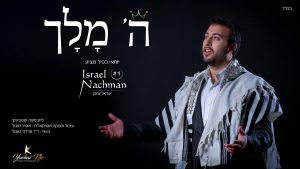 Although only 23, Israel Nachman has already successfully graduated from the Petah Tikva Cantorial Academy, studied under Dr. Mordechai Sobol and at the Israeli Opera Academy.

He has performed alongside the world’s greatest cantors and stood under the baton of Maestro Eli Jaffe, Rafi Biton and more.

He performs frequently across Europe, from Warsaw and Krakow in Poland to Monaco in the French Riviera.

He is fluent in English, Hebrew, French and Yiddish and currently serves as Cantor at the Tel Aviv International Synagogue (TAIS – Temple Beth El)