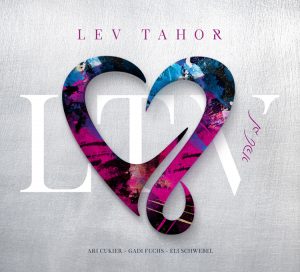 Lev Tahor is back and better than before with “Lev Tahor – LTV”, the group’s fifth studio album and its first in the last 10 years. With rousing dance tracks, beautiful ballads and thumping beats, these songs will get you out of your seat. There is already buzz about the album, that includes the hit song “Gam Zu LeTova” which the group debuted at Lincoln Center a year ago.

The opening track, “Halellu,” fuses an old-school vibe with the new school. Best friends for 30 years, Ari Cukier, Gadi Fuchs and Eli Schwebel spent the past two years making sure the album was everything they wanted it to be. Carefully crafted, this album brings Schwebel’s production sensibilities with the classic harmonies of Lev Tahor.
“Simchas Beis Hashoeva” features star Lipa Schmeltzer in a tune that will knock your socks off and Eli’s father, Rivie Schwebel, blows us away with his duet on “Dror Yikra”.

The infectious hit “Yagga” of Eli Schwebel’s “Hearts Mind” gets an a cappella treatment here, with the masterful collaboration with Ed Boyer, who is known as the king of all things a cappella.

“Lev Tahor – LTV” drops in ten days on Rosh Chodesh Adar and if you take a listen, you won’t have to worry about being happy. You simply will be. 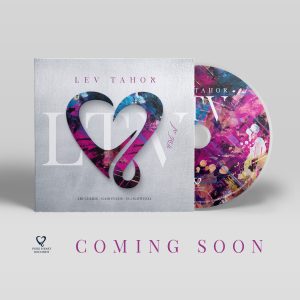