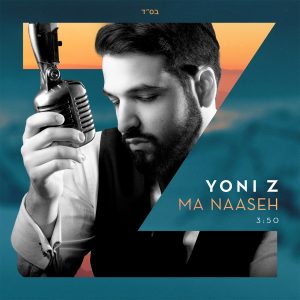 Following the success of the second single “DA MA” off of Yoni’s upcoming debut album which is now ranked number #1 on Jewish music charts both in the US and Israel; Yoni releases his third single titled “Ma Naaseh“, a power ballad inspired by the trial, tribulations and hope that each individual comes in contact with daily.

In the young star’s words, “This may just be the most personal song that I recorded for this album. Between all the wonderful experiences that I’ve had the honor to take part in, there is also so much I’ve learned about peoples’ lives through music and that every one of us has our own story and journey in this world. Ultimately, we always turn to our Father in heaven for salvation.”

“Ma Naaseh” will also feature a music video in the near future and is now available everywhere music is sold.