Over the last ten years, Chaim Hershkowitz and Torah Treasure.com have been creating high quality content with Mitzvah Boulevard, Wonders of Hashem, and Bella Brocha. In a similar way, Dovid Taub set a new standard for comic creativity with the Itchie Kadoozy Show.

Now the two have joined forces in a brand new series, Mitzvaventions. A wacky professor develops inventions that help people easier fulfill mitzvos. But when he rents a workshop to build his ideas, he finds an unlikely crew of squatters with ideas of their own! The result has to be seen to be believed!

According to producer Chaim Hershkowitz, the idea for Mitzvaventions grew out of the need to attract older kids. “I’ve always been intrigued by crazy creations, and now, my son, is too. The question became how to share our love with others. With his unique humor, great puppetry, and his signature story-telling ability, Dovid Taub was the answer!”

“When Chaim asked me to work on a project, it took me no time to say “Yes!” And even less time to have fun. I mean, how many people can discuss the merits of flexible vs. stiff ducting for props!”

Currently, Torahtreasure.com is running the first episode of Mitzvaventions. Episodes two and three are currently being edited and will be released soon. To see what all the excitement is about, visit TorahTreasures.com and click on the short video trailer. Better yet, sign up for a subscription and view Mitzvaventions for yourself. 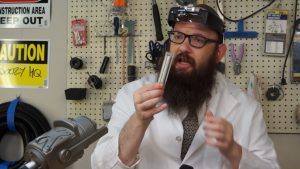 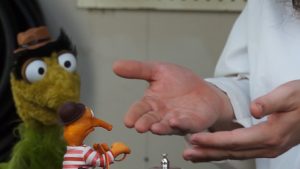 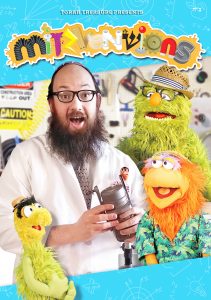 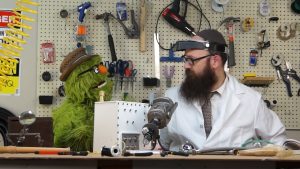 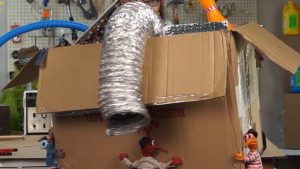 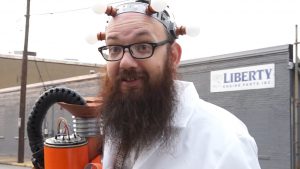