Pini Einhorn, known as the king of the kumzitzim, presents a debut single, produce by the partners Eli Klein & Yitzy Berry

Pini says: “I am very excited to release my first single. There is much neshamah in this song, although it may sound relatively simple, the words the song is based on really touched me deeply. “U’ma’azin l’kol tefillas Amo Yisrael b’rachamim, listens to the prayers of His Nation Yisrael with compassion.”
“When I first sang this song, I imagined coming home and my young daughter comes over to me with tears in her eyes, telling me that another girl insulted her at school, and I turn to her with compassion and comfort her, telling her that today might have been a hard day at school, but surely tomorrow will be a much better day.
“Am Yisrael raise their hands every day to Hakadosh Baruch Hu, and cry out with their requests, their pekelach: Health, parnassah, shidduchim… and our compassionate Father looks down at us and declares “I am with you! Tomorrow will be better. The yeshuah is close by…
“That is my message in this special and meaningful song.”

Pini Einhorn made his way into the world of Chassidic music some seven years ago in the choir of Dudi Kalish. He later joined the Yedidim choir. It was two years ago when Pini moved to the kumzitz scene, with his goal to gladden and bring emotion to Klal Yisrael with his guitar and his soul-stirring singing. The inner simchah that erupts during his singing, at times seemingly out of control, sweeps all to join the singing and the emotions.
“People come over to me and ask me where I draw these inner kochos from, to sing nonstop, my reply is that it only comes from Hakadosh Baruch Hu, whose koach is infinite. Only He can give us such kochos. When I come to cheer the sick, and the healthy, I daven that be able to give my utmost to exhilarate all and to connect them with a deeper connection to our dear Father.” 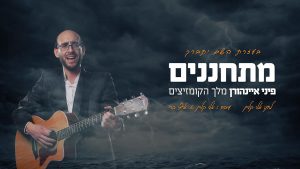 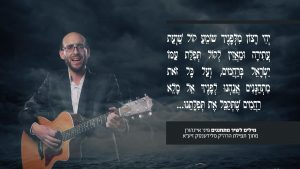 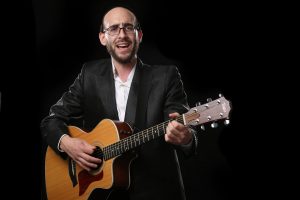