Young Jewish pop star Yoni Z releases the official music video for his most recent single “Ma Naaseh,” but this time, in classic Z fashion, he had to push the envelope further than ever.

Based on Z‘s ambitious past projects such as the Hollywood-produced music video “ODEH” and the cutting edge DA MA lyric video, it comes as no surprise that Z pushes the envelope once again.

When we asked Yoni how the video came to fruition, he responded, “I reached out to the Orian brothers of Olam Umlo’o Media in Israel and said, “We must film next week… and it has to be filmed in the mountains, with lots of snow. That’s how I envision this song.” Z laughed at himself. “I then sat with a lifelong friend and writer Sholom B. Nemanov and we began scripting.”

The music video was set to be shot in the Chermon in Israel, but much to their dismay, Israel experienced an unseasonably warm and rainy week with no snow to be found. Yoni and the Orian Bros sat in their studio on Ben Yehuda and started scouting locations from across Europe to British Columbia, to find the winter landscape needed for the shoot. But Europe, too, had a mid-winter summer break.

After hours of searching, racing against the clock, they found what they were searching for; deep in the Carpathian Mountains of Brasov Romania. The crew had from Thursday to Motzei Shabbos to assemble a local crew and make the necessary arrangements.

“Doing a shoot like this in such a remote location definitely includes an array of challenges, including transporting large camera equipment, sourcing generators, and feeding a large film crew. Add sub-degree climates to the mix and you have yourself a nightmare,” laughs Orian.

Z and the Orian brothers boarded a flight to Bucharest on Motzei Shabbos. When they landed, they were greeted by more warm weather and rain. There was no snow to be found.

At this point, Yoni turned to the Orian‘s and said, “This is bigger than us.” Like the lyric of the song itself ‘Va’anachnu Lo Neda Ma Naaseh, Ki Alecha Eininu‘ – When we don’t know what to do, our eyes turn to You. Yoni phoned two friends back in New York where Shabbos had just ended and said, “I need to ask a personal favor. Please go finish the Sefer Tehillim at the Ohel by the Rebbe and at the Tzion of the Ribnitzer Rebbe in Monsey, New York. This is all in His [G-d’s] hands now.”

In the meantime, running on 24 hours of no sleep, the crew began their voyage deep into the Carpathian Mountains. The crew drove for hours only to be greeted by bare winter trees. Suddenly, two hours before filming, snow began falling and turned into an avalanche of a full-on storm. They then began the grueling 24-hour shoot.

To say that this was the happy ending is ironic, for the filming itself was life-threatening in its own right. The combination of the blizzard-like conditions, followed by -6-degree climates, two bears roaming the film set, and some coyote sightings throughout the night; the shoot made for a wild and physically challenging experience that can clearly be seen in the final product.

In Yoni‘s words, “This was nothing short of a miracle. Hashem was kind to us.” When asked about the art of it all and his dream for higher end production in Jewish entertainment, Z said, “We have to be the change we want to see in every area and definitely in the area that pertains to each of our Shlichus and mission in this world.”

When Z is asked if he thinks this video may be the most daring and audacious Jewish music video to date, Z chuckled and responded, “I’ll let the people be the judge of that.”
Welcome to the revolution. 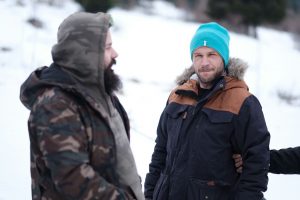 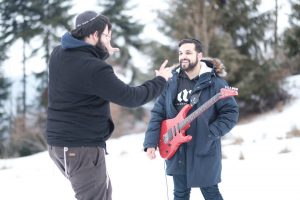 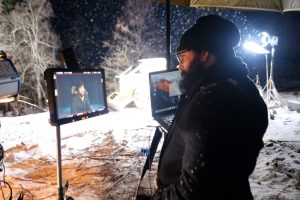 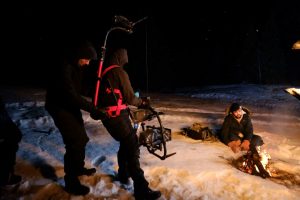 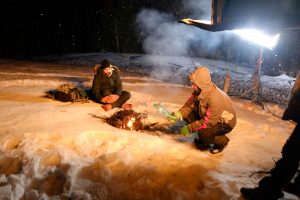 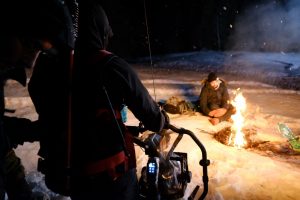 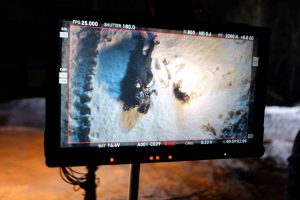 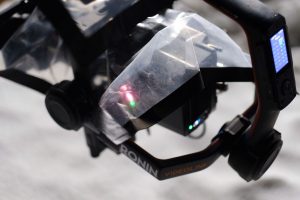 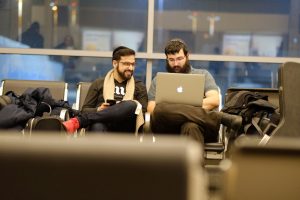 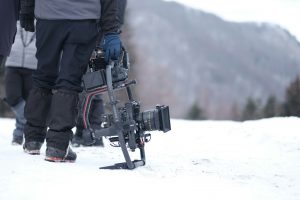 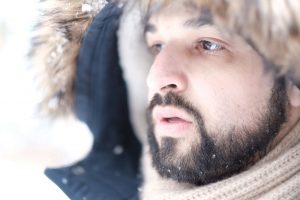 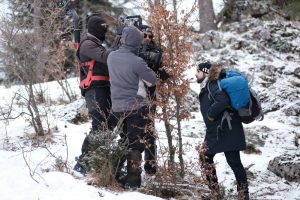 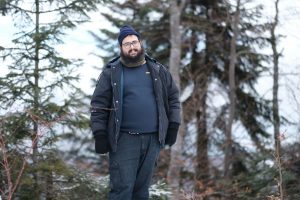 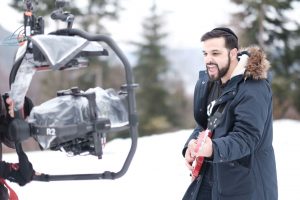