Just A Fan’s Review of A Capella Soul 3 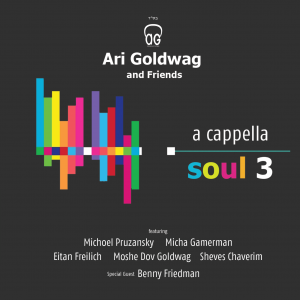 This sefira season we were fortunate again to get another edition of Ari Goldwag’s “A Capella Soul” series. This songs unless otherwise noted were composed by Ari Goldwag. Some of them he sang himself on other albums, some were Sheves Chaverim songs, some he composed for other artists, and others are brand new.