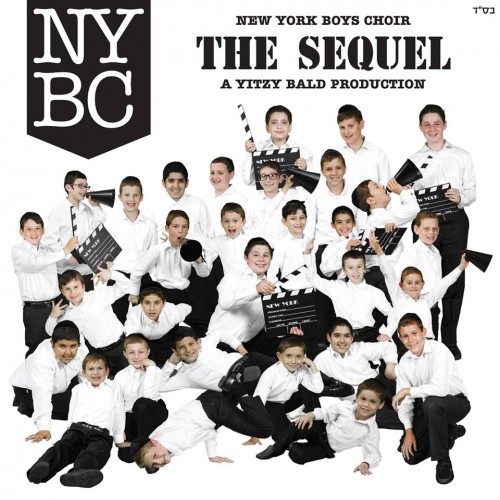 t’s been more than three years since the world was introduced to the New York Boys Choir. Since then, producer Yitzy Bald and the choir have been quite busy, starting with the release of their debut album, entitled NYBC, as well as presenting three exciting singles, each with their own respective music videos. Their Youtube channel boasts over 300,000. And they are in strong demand for live performances. They have appeared at numerous concerts and prestigious events, including the Chanukah Telethon and the Israel Day Concert at Central Park. They performed for many sold out and standing room only venues, such as, the renowned Oorah and CAHAL concerts. Just recently, they joined up with Avraham Fried, Lipa and Pruz at a gala Pre-Purim Celebration, and brought the house down, with their smash hit single “Pump It Up”!

Their brand new release, coming out, just in time for the Jewish New Year, entitled, NYBC: The Sequel, features some of Mr. Bald’s top material, which he has been amassing over the last three years. This stellar new album features the musical production and contemporary arrangements of a very talented group of music arrangers and producers. Shai Barak, Nochi Krohn, Ruli Ezrachi, Shloime Kaufman, Tony Bella, and Yitzy Bald. The style and approach taken in the production of this new NYBC release is very unique because, it is one, that is looking to inspire the largest gamut of listeners. For example, The Sequel features seven English songs with powerful messages, which producer Yitzy Bald felt, would be more meaningful and relate more to his target listening audience, than the usual Jewish song/arrangement, which places a verse from Tanach on top of a rock/disco/hora beat. To give the album an added touch of superstar quality, Michoel Pruzansky, a close friend of Bald, graced the album, with a few knockout solos. Background vocals were performed, throughout the album, by the one and only Yitzy Spinner, a former choir alumni himself. There is a touch of Nochi Krohn vocals on this album as well. The blend between the choir, Yitzy Spinner, Michoel Pruzansky, and Nochi Krohn are seamless and extremely engaging.

These aren’t you average songs either. The song “Show Your Face”, is about the terrible massacre that took place in Israel back in March 6, 2008 at Yeshivas Mercaz Harav Kook. Yitzy was in Jerusalem at the time and quickly made his way to the Yeshiva to observe firsthand what had transpired. The shock and pain was chilling. The song was a response to this horrific outrage. “Jew Joy” is about, how the Jewish people, constantly serve G-d with joy, despite the challenges that they have endured and continue to endure. In “Just Dream On”, the message is never give up on your dreams because you never know which one will change the world. “Salaam” is an anthem for world peace….we all hope and pray that it will be soon!

All the songs, arrangements, vocals, and messages on this album are written and sung with heart and soul. They are fun, fresh, and meaningful all at the same time.

Don’t say we didn’t warn you……You will not stop listening!

The album is distributed by Nigun Music and will be in stores next week! 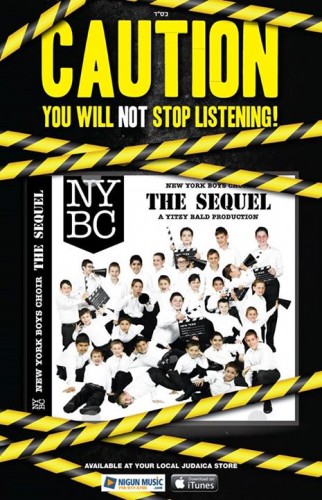