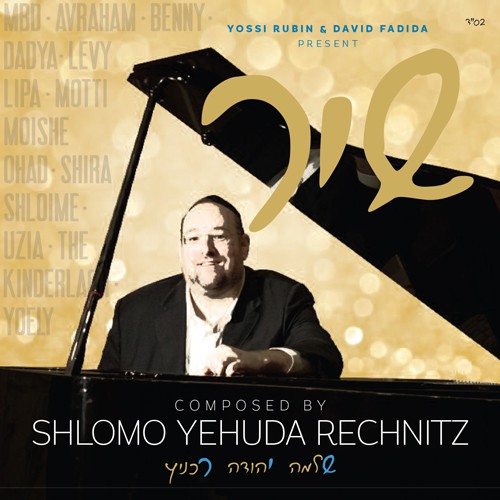 R’ Shlomo Yehuda Rechnitz a long time philanthropist, has always had a love for music. Over the years he has formed a tight bond with many of Jewish music’s biggest stars, and as a result a few of his compositions have been featured on albums. With the fast approaching Shemitta year where farmers in Eretz Yisroel will NOT be working and losing income, Mr. Rechnitz came up with an amazing idea as to how to help our brethren in Israel, while sharing his music with the world.

ALL of the proceeds from “SHIR” will be going to the Keren Hashviis fund. No singer accepted financial compensation for recording this album, only this important mitzvah l’shma.

The album will be distributed in the US by Mostly Music and will be available in stores and online for download shortly!