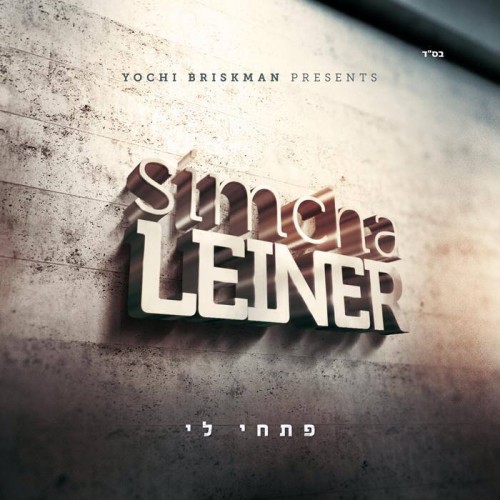 It’s been a while since there has been this much anticipation for a newcomers debut album in Jewish Music. You have to go back to the years when we got debut albums from artists like Dovid Gabay, Shloime Gertner, Ohad or Benny Friedman. Artists who had built themselves up a solid fan base through weddings and opening concerts, and the fans would call Judaica stores daily asking when a new artists album would be hitting shelves.

Well, Simcha Leiner is following in the same path of those big names with his very own debut album. Simcha is of course well known for his smash hit single, Kol Berama  which has been a staple at Chuppahs now for almost 2 years. Simcha has grown into one of the most requested singers in the business today.

The CD will be distributed by Aderet Music and be available in stores and online for digital download by MostlyMusic.com as early as next week.