A Letter from Lipa about Lipa on Broadway! Photo Gallery

I want to take this opportunity to thank everyone in the audience who participated in my momentous event; and I extend my apologies to those who couldn’t make it to the show, regardless of the reason. To those who simply rode the train in from Brooklyn, and to those who flew in all the way from Israel and Canada, thank you. To the man who came with his own private jet to give his son the birthday gift of Lipa on Broadway, thank you again. Baruch Hashem we had a full house at the Town Hall, packed with Yidden of every stripe and type. Since the beginning of my career, I’ve never had such a diversely mixed audience, ranging from completely secular Jews to recognized Rabbonim. There were even some Jewish celebrities out there, including Michoel Schnitzler, Moshe Laufer, Yossi Green, Gershy Moskowitz, Yanky Katina, Yoeli Greenfeld, Moishy Krauss of Hamishoririm, Yoely Polatchek of Zmiros, Moishy Schwartz of Klik Orchestra,  and Naftali Moshe Schnitzler. These stars in the Jewish music industry rarely attend concerts as guests, but they were most welcome guests at Lipa on Broadway. Looking out at the crowd from the stage, I think I got a tiny glimpse of the achdus we will all get to see when Moshiach comes. There was such a powerful energy in the theater on Dec. 29; so much positive feedback and enthusiasm, that it uplifted everyone involved in the performance. It certainly gave me the strength and determination to carry on with my work for the next fifteen years, iy’H.

My story was immediately internalized and accepted. At the final curtain call, I felt understood and validated by the many friends and fans who were there to support me. I want everyone to know that I took a big risk in staging this show. Quite a few people asked me, “Why don’t you call the musical by another name? Why advertise yourself on Broadway and invite criticism?” My answer to them was that I believe in being honest. I’m not trying to hide what I do, because I have nothing to hide. What I advertised, is what my audience got: Pure, kosher entertainment with a Yiddishe taam, that was current and cutting edge.

Before I knew what the turnout would be like, I was ready to perform at the Town Hall just for my wife and kids, if need be. I had resolved to act like a true artist, and perform no matter who was watching. But Hashem knew my intentions were genuine. That’s why, not only did He send me a jam-packed crowd, I had a crowd that represented the entire spectrum of Yiddishkeit. And when we, as a nation, project that kind of togetherness and friendship, the Shechina surely resides among us.

I know without a doubt that we spread a tremendous Kiddush Hashem that night. Everyone who worked with me on this show was profoundly affected by its message, and by the upstanding, honorable and unique qualities that we members of Klal Yisroel displayed throughout its production and presentation. One of the cast members was a man named Brandon Lopez, who played the Jewish dancer. He is an orphan, whose father had warned him when he was alive, to steer clear of Jewish people in general and Chassidim in particular. His father passed away not long after that cautioning, from a massive heart attack. And just a few months later, Brandon met me. He told me in the course of our working together that I had completely changed the way he viewed the Jewish people. He said, “I’m sure my father is looking down from Heaven now, and he’s proud that I had a part in a Jewish play. I think my father knows now that he was wrong about you.” What a kiddush Hashem we made!

Some people have been questioning what I got out of the show. Did it have any kind of impact on me personally? My answer is an unequivocal yes. A day after performing in the show, I woke up with a new inspiration. Having played the part of both Rebbe and therapist, I gave advice to Max that I realized I had to internalize myself. Since the show was really in essence about my own life, the guidance I gave the Jewish dancer was really addressed to me. In the play I encouraged Max to focus on the positive, and to disregard all negativity, as that would undoubtedly make him stronger. So why shouldn’t that same advice work in my own favor? Then and there I decided that from that day forward, I would not pay any attention to pessimism. I will no longer read, listen to, or focus on, those who want to badmouth or denounce me. I don’t need to take into account every negative opinion about me that’s posted online or in print. Following my own script, I have chosen to stay positive and self-assured. Because as long as I know in my heart that I am doing right; as long as I believe that I am staying true to my hashkafos and Torah values, I don’t have to apologize or defend myself to anyone. I will follow Dus Pintele.

With gratitude to Hashem and to all of you, 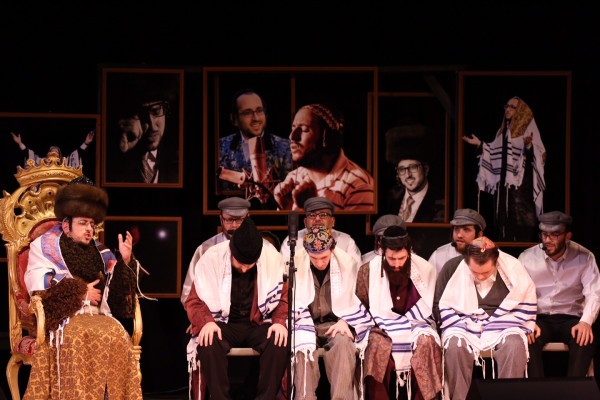 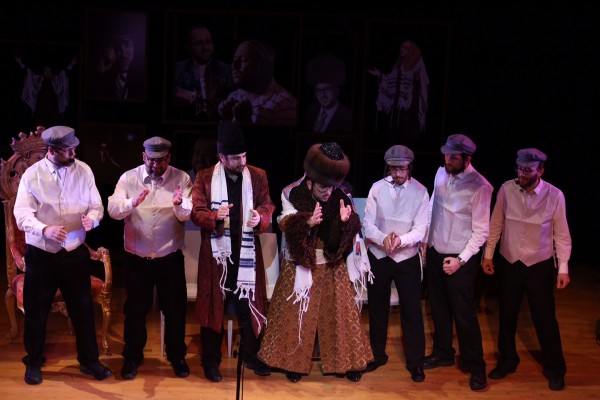 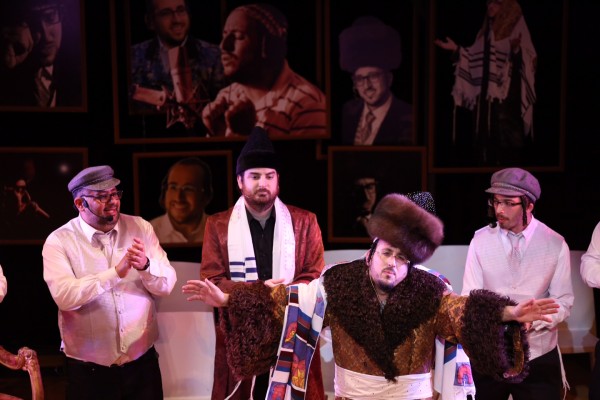 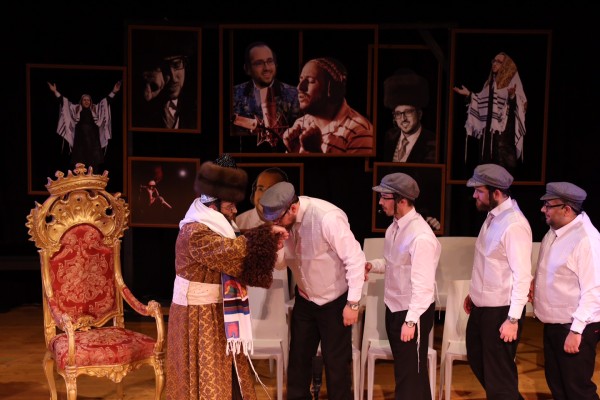 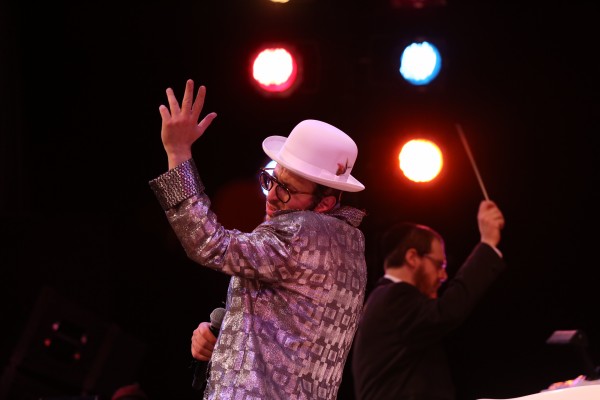 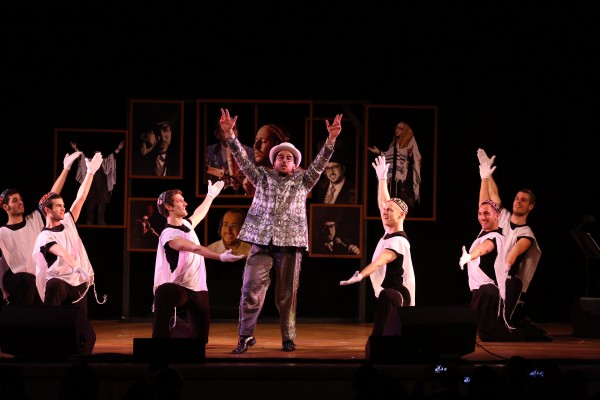 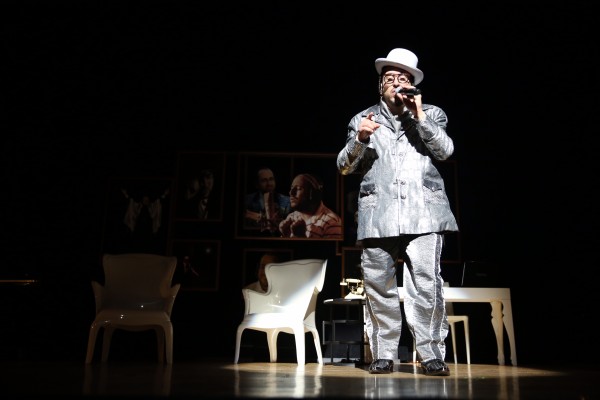 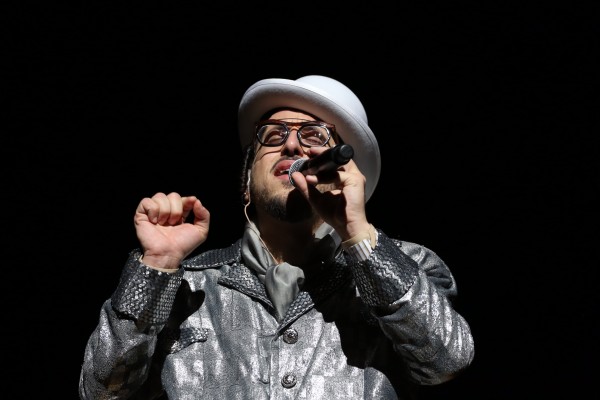 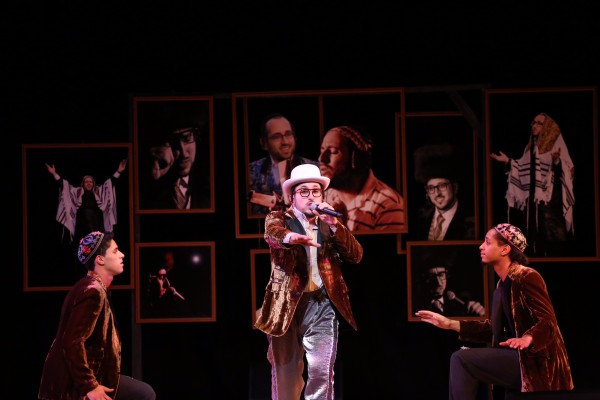 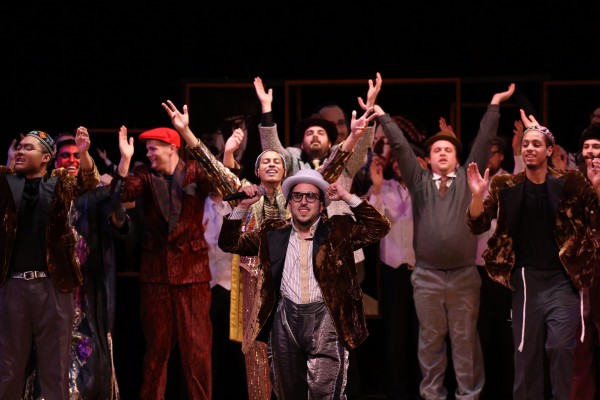