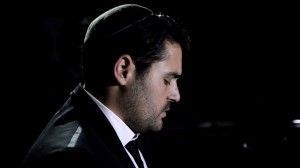 In honor of the upcoming annual Kinus Hashluchim, Israeli singing sensation Gad Elbaz has joined forces with noted filmmaker Danny Finkelman in a moving clip that depicts the Jewish soul’s longing for its Creator.

Elbaz’s haunting rendition of the Lubavitcher’s Rebbe Tzama Lecha Nafishi serves as the catalyst for a young Jewish man to seek out his roots as he listens to the timeless song while riding the New York City subway. Inspired by the music that so clearly pierces his soul, the young man pays a visit to both the Lubavitch World Headquarters at 770 Eastern Parkway, and the Rebbe’s Ohel in Queens, where he pours out his heart in prayer to the One Above.