Moshe Dovid Weissman is putting the finishing touches on his second album of original compositions, following up on last year’s debut CD, AVODA SHEBALEV. This brand new song, featuring Shlomo Katz, is being released in honor of Parshas Chayei Sara. 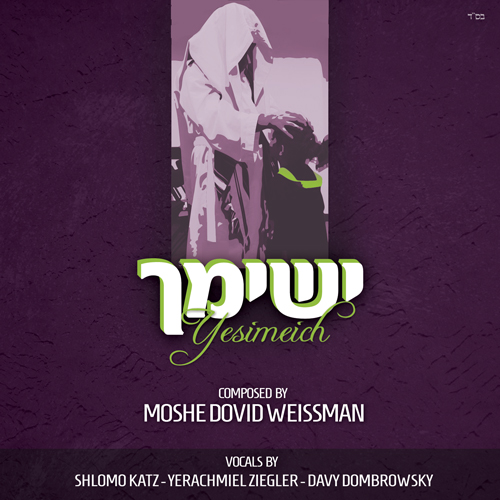 Moshe Dovid was playing guitar and singing to his baby daughter one night at bedtime, and he began to sing her the words of the Bracha that Jewish fathers everywhere give their daughters every Friday night – Yesimeich Elokim K’Sara Rivka Rachel V’Leah. As he sang, he composed the first part of this melody.

Searching for a continuation for the song, Moshe Dovid thought of the Bracha from the end of Parshas Chayei Sara, which Rivka received from her family before she got married: “At Heyi L’Alfei R’Vava…” Rashi explains that Rivka’s family knew about the Brachos that Hashem gave Avraham Avinu at the Akeida and they wanted to bless Rivka that all of those Brachos should be fulfilled through her. That idea was the inspiration for the second part of this Niggun. Moshe Dovid presents this song as a Bracha to his daughters and all the daughters of Klal Yisrael, that they should merit to follow in the path of the Imahos and help bring Hashem’s blessings for their families and Jews all over the world.

This beautiful song was produced and arranged by Moshe Dovid together with Lazer Lloyd, who also plays the stunning guitar tracks. Shlomo Katz, Yerachmiel Ziegler, and Davy Dombrowsky take turns singing the gorgeous vocals and harmonies.

You can get the new single for free at MostlyMusic.com

Look out for Moshe Dovid’s full album, which will be coming out this winter.