One on One With Danny Finkelman 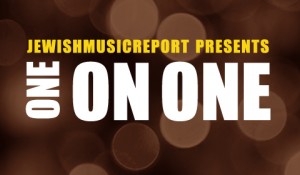 He is the filmmaker of choice for much of the Jewish music business and has tackled both songs and causes, with groundbreaking videos including Unity, Rainbow in the Night and The Japan Song.  Join us for a quick chat with Danny Finkelman who continues to amaze with his unique eye for capturing a moment and transforming it into something really memorable.

Jewish Music Report: At what point in your life did you decide that you were going to become part of the Jewish music business?

Danny Finkelman:  Ever since I was 12 and was part of the Miami boys choir, I decided then to be involved in music some way or the other.

JMR:  What CDs are in the sound system in your car right now?

DF:  Dancing in a Dangerous World by the Moshav Band and the latest Gad Elbaz.

JMR:  What is the craziest experience you have ever had in the music business?

JMR:  What is your favorite breakfast cereal?

JMR:  What person has had the most influence in your life?

JMR:  What would your dream duet be?

JMR:  What did you want to be when you grew up?

JMR:  What is your all time favorite song/album?

JMR:  If you were stranded on an island and could only have two things with you, what would they be?

DF:  A video camera and a book of Tanya.

JMR:  Tell us an interesting fact or tidbit about yourself that isn’t public knowledge.

DF:  Before I became a filmmaker I was actually a Secular studies principal at a Chabad Yeshivah.