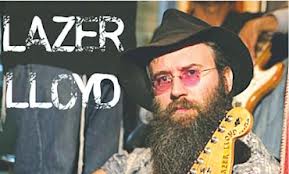 Help us bring the Jewish people together this year with live “Ha’am Sheli” (My People) Jewish Unity Events. Breaking Barriers & Enhancing Unity: A project to increase love & understanding among all Jews through the power of music and song.

Video produced and directed by Eldad Eilat for Ora-le-Nehora productions (videography and editing by Yoav Landau and production manager Tal Cohen). The video takes the viewer on a moving journey to meet the real folks that make up the loving face of the Jewish people.

THE HA’AM SHELI (MY PEOPLE) STORY

Lazer Lloyd, an Israeli guitarist and singer/songwriter, wrote a song entitled “Ha’am Sheli” (meaning “My People” or “My Nation” in Hebrew) in response to the frictions and tensions between different groups of Jews – especially in Israel. Lazer explains, “Before the Jewish people make peace with the world we first have to learn to love each other with all of our differences while not forgetting the unbelievable place of the Jewish people in the history of the world”.

Other Israeli musicians heard the song “Ha’am Sheli” as Lazer sang it with his acoustic guitar. They were moved by the message of love for all of the Jewish people and believed that the song has power to open hearts and bring about greater unity. A generous sponsor financed a recording of “Ha’am Sheli” at Supersonic Studios in Jerusalem with Lazer on electric guitar and vocal, plus the great voices of Gad Elbaz, Shlomo Katz, Naftali Kalfa, and Aaron Razel, a full band, and rich orchestration (composed and arranged by Aaron Razel). All the artists donated their efforts to the song as part of the “Ha’am Sheli” (My People) Project aimed at fostering a dialogue and educating the various people of Israel to love and appreciate each other and accept their differences with understanding.

The song was mixed and engineered by Amit Golan and then moved on to the video production process. The generous sponsor funded the video for “Ha’am Sheli” (My People). It was produced and directed by Ora-le-Nehora productions TV and Film pro Eldad Eilat. The video takes the viewer all over Israel from farm to city, meeting the faces of real folks that make up the loving face behind the homeland of the Jewish people. The result is what you see in this video. Now it is up to you to share the video all over the world.