From Airmont to Uman in Song

Lipa Schmeltzer’s shul is no ordinary shul. The beautiful new Airmont Shul is unique, not only because of its musical and spirit-filled davening, but because of its people. “Lipa’s Shul”, as it is lovingly called, is full of people from all walks of yiddishkeit who have been inspired to change their lives. Among the diverse mispalelim, a few have embraced Breslover Chassidis as a new way of life.

Over a year ago, Lipa established avasikin minyan for the Breslov crowd every Shabbos and Yom Tov at the Airmont Shul. The weekly minyan continues to meet, including davening daily at a nearby Breslover Shteeble. As Rosh Hashanah approached, the group asked Lipa to join them on their pilgrimage to Uman. Lipa, not wanting to leave his remaining congregants and family behind, had to decline.

Although he would not be able to go to Uman, Lipa did not want to leave the travelers empty handed. He composed a song, dedicated especially to Uman, to send with those who would be making the trip. Written by Lipa himself, and accompanied by producer Naftali M. Schnitzler, Lipa took special care to craft a song that would put a small piece of Uman into the heart of each and every listener. “The words were waiting for me, waiting for me to make them into music, ” said Lipa. “I specifically wanted a heimish song. There are so many other styles written about Uman. I wanted this one to be special.” 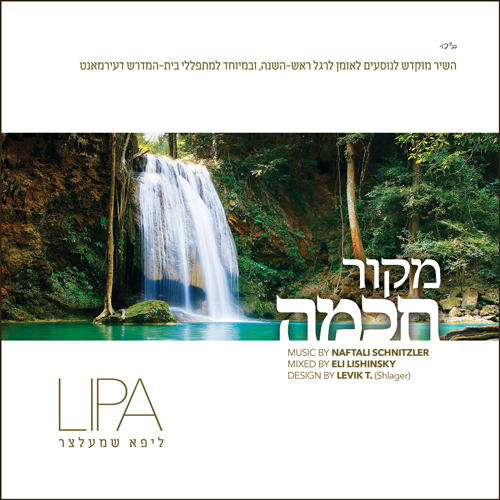 You can download the new single here at mostlymusic.com for 99 cents.