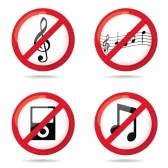 @splashnewsusa -This article is addressed to all the haters out there. You know who you are. The most common statement I hear from people is “there is NO good music today”. I have debated too many people on this subject and I decided enough is enough. It is time to put my thoughts in writing and whoever wishes to disagree can do so in the comments section.

Where is the “Aderabe” of yesteryear? Where is “Sameach” from the 90’s? Can it be that there are really no good songs today? Of course you already guessed that my answer is- no, it can’t be and music today is awesome.  So why do many people not agree with this statement? I have two reasons. Well, I really have one reason and composer Yossi Green in an interview with SPLASHNEWS, told us another. First I’ll start with Yossi Green-

–SPLASHNEWS-Being in the music world for so long, do you see today’s music getting better?

-Yossi Green-It’s getting better than ever. The only issue is that there is a lot of choice. When I was growing up there was a new album every six months and everyone bought it. Today there is so much going on and each singer has a few hundred people that love him. No one is really taking the full market.

Analysis- I think that Yossi has a good point here. Think of it like walking into a rest stop to buy a drink and they have about 276 different types of soda and other assorted drinks. Unless you came with a plan, you probably stand there for a good couple minutes trying to choose a drink. An even better way to prove my point is if you didcome with a favorite soda in mind, you will walk directly to that soda and choose it without even looking at all the choices including the many newtypes of drinks. This is music today. You can figure out the nimshal.

My reason is that people today have completely lost patience for anything. Almost anytime someone asks me to hear a new song, I  start to play the music and the first question after about 8 seconds is “How long is the song?” Tell me if this is you- You purchase a new album, turn it on and if the music doesn’t catch you after 5 seconds your finger is already headed towards the skip button. I will venture to say that if “Tanye” came out today it will go nowhere! The average person won’t even let the song finish before they say “what a bust” and start lamenting over the state of today’s music. I usually prove this point by telling people to name an album that they recently listened to and I will give them a song from that album that they never even heard of. It always works. Last summer I directed a boys choir and one of the songs that was sung was “Ki Lecha” from MBC-Mi Lashem Eilai, a popular album. After the concert, numerous members of the crowd commented on the gorgeous song and asked where it was from. Upon my response, they asked- “Really? I heard that album but I’m pretty sure that song isn’t on it”…  By attending the  concert, they were “forced” to listen to the entire song and they were opened up to its beauty.

Whatever type of music you like today, you are almost certain to have a singer that sings your style. If you want fun you have Lipa; sweet- you have Gertner; powerful- Shwekey, Fried or Benny; range- Leiner or Ohad; hartzig- Baruch Levine; younger voices- Shainfeld, Dadia, or Meydad Tasa; kids choirs- Shira Chadasha Boys Choir,YBC, Miami, NYBC; different(?)- 8th Day; Chassidish- Greenfeld, Weber and about 20 others; chazzanus- Helfgot (who is arguably the best since Yossele Rosenblatt); you even have Tzudik for those who aren’t sure if they like chazzanus! I could go on but I won’t because the list is just too long! (I once tried to make a list but stopped after 40 singers.)  —How can you compare this to the music of the past?!  In the 90’s we had, after Fried and MBD of course, the “Big 3”- Dachs, Wald (welcome back), and Sruly Williger. We also had Avrumie Flam and the crowd favorite-Dedi.  But that’s it! Can you really compare the 90’s to 2013? No way! Those guys were great but I think everyone would agree that we are just in a different level today.

I can go on for a lot longer but I  think I made my point. If you disagree feel free to speak your mind down below. (If you really want more, you can email splashnews.jmr@gmail.com)

WARNING:  Please refrain from lashon hara in your comments or they will not be approved!!