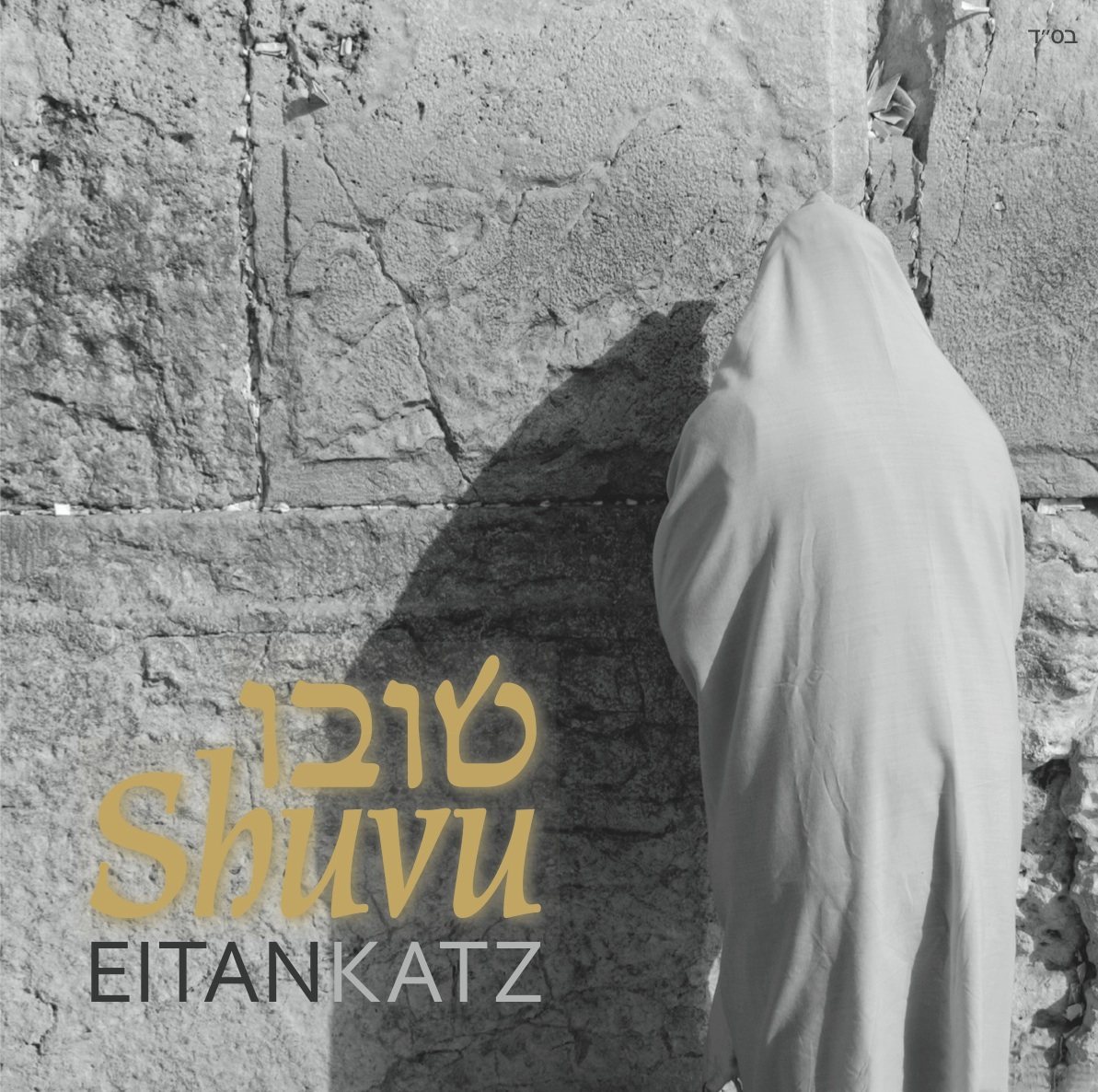 The first review I did for JMR- a few years back – was Eitan Katz’s first Unplugged CD. I did the Unplugged 2 review six months later, and now, true to tradition, I’m very happy to review the new album, Shuvu. I also walked down to L’cha Ezbach at my wedding which I first heard on Unplugged 2. I reviewed it as “Another really slow song. Pretty and moving, but not my favorite.” Whoops! Goes to show you what another few listens can do.

These tracks are all original. It includes a few nigunim (of course) and a good mix of lively and soft, relaxing songs. True to his style, it’s not a typical mix of guitars, drums, keyboards, and trumpets. It’s mostly acoustic sounding guitars and other string instruments. The whole album, even the upbeat songs, is pretty.

1. Elul Nigun Composed in the month of Elul (hence the name), Eitan Katz says this nigun is meant to capture his moments of longing for Hashem. As you may know from my past reviews, I am not a big fan of nigunim. I know a lot of people find them the best way to express emotions. I understand that. But to me they generally just sound pretty. On that note, this is a beautiful nigun, and I definitely hear the sense of longing he discusses. But not my favorite, because I need words to connect.

2. Mizmor L’Dovid This heartfelt song was inspired by Eitan Katz walking the streets of Yerushalayim. Its a very special inspiration that B”H many of us can relate to. When in Israel I also made an effort to walk to the Kotel from Har Nof once a week, and despite the fact that it was about 5 miles away, it was a priceless experience. This song truly captures it. The nigun itself is beautiful. I love the harmonies, and I love the fact that he sings basically throughout the whole song. The ending is incredible. It’s a sweet, moving, emotional song. I love it!

3. Asher Bara This is an upbeat, catchy tune that I can see people singing at vorts and sheva brachas! It’s a great sing along, clap along tune (and you can probably sing along the first time around).

4. Y’hey Ra’va Eitan Katz beautifully says he would chose to “gift wrap” this nigun for Hashem. It reminds me of Gam Ki Eilech from L’Maancha, with much of the song being just a nigun and the words joining in around the middle. It really sounds like he is speaking to Hashem and not to a microphone- very heartfelt. It has a lot of feeling in it and a lot of love! Beautiful.

5. Ata Horeisa This song is dedicated to a boy named Shauli from Silver Spring who unfortunately passed away years after suffering through a near-drowning incident. When I read the description, I expected the song be very sad and figured I’d probably cry… But it’s got such an optimistic, positive feel and is without a doubt my favorite song on the album. The words of the song come from a sign hung over Shauli’s bed and reflect the positive, loving home that he came from. The song is over 6 minutes long, but I can’t stop listening to it and wish it were longer. It exudes emuna. The words “Ein Od Milvado” are repeated throughout, and that message is reiterated in every aspect of the song. One of my favorite Eitan Katz songs of all time. Cannot say enough positive things about this song, but it’s incredible.

6. Ani Ledodi Composed in honor of his sister’s wedding, Eitan Katz again does a spot- on job of encapsulating the meaning of the words in the melody and nigun. These words are not used frequently in songs (unless I’m missing something- the only one in my library!) , and it’s a surprise because they are so meaningful and relatable.

7. Azamra This song is about finding the good in oneself, which is something we don’t focus too much on these days. It’s an upbeat song and frankly, not so typical Eitan Katz-y in my opinion. The drums are a little more intense as are the electric guitars and the horns. It’s just rockier I guess. I usually prefer the upbeat songs (see Ata Horeisa) but I think this one was a little too far off from what he generally does. That being said, I still like it a lot and love the message. I do think this song would be great in a concert and it is easy to ” get into”.

8. Elokah These words are taken from Kah Ribon. Wait, is that a duet I hear? Who is it? I don’t see it anywhere it the credits. It was brief, but I heard it! Anyway, beautiful more typical Eitan Katz song. It’s slow but not too slow and very powerful.

10. Shuvu Interesting choice to put the title song as the last track. This is an incredible song where the lyrics are truly the star. The music is simple, the nigun straightforward, and overall it’s gorgeous. The arrangement is simple. I think here Eitan Katz really masters the art of beautiful simplicity.

Best things about the album: -Sincerity of the compositions and the passion in every song -Unique style, not many Jewish singers that sound like this today and stick with their own style throughout this many albums (Ok, he also does a lot of Carlebach, but he makes it his own in a way). -I love that we get the stories and messages behind each song. It puts so much more meaning in it for the listeners.

Least Favorite Things About the Album -There were incredible duets on Unplugged 2. I was a little disappointed that there weren’t really any here. – I wish it were longer… I rarely listen to the nigunim so I just listen to the 8 songs over and over, seems short. But, that may be my fault for not valuing perfectly good songs :)