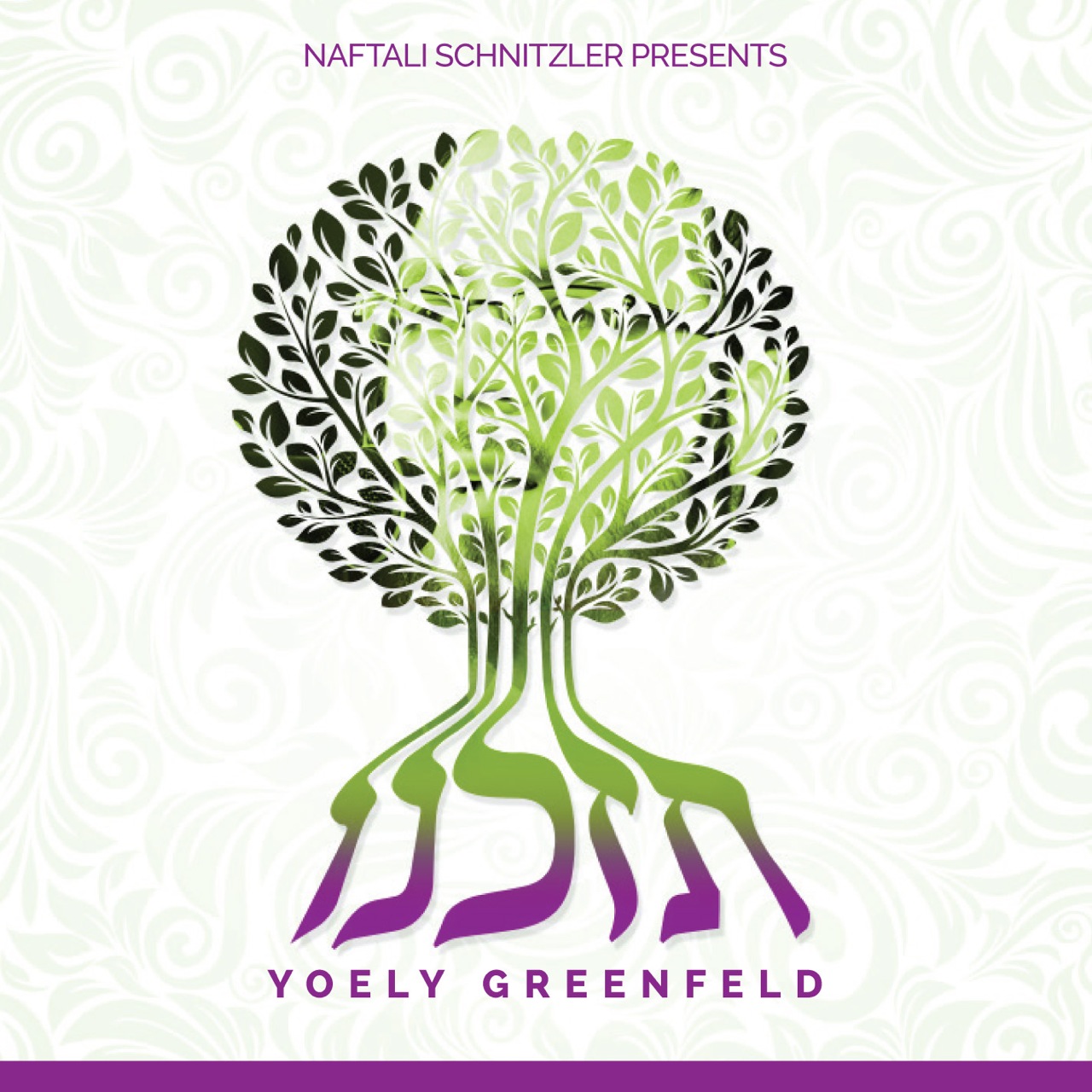 SPLASHNEWS-People always ask me who I think has the best voice today. I usually give the top 3 in my opinion. Yoely is always in my top 3. Yes, I truly believe he is that good. He is also one of the very few singers who sounds exactly as he he does on the album when he sings live. We have gotten so many new singers over the past few years and each has hopefully had some success in this hard to break-in market. This guy, Yoely Greenfeld, is “IT”! His vocals combined with his willingness to go where others won’t in regards to song styles, makes him very valuable in my eyes. I think he is getting the support that he has because he is able to cater both to the chassidish and the litvish crowd which is very hard to do. His first album, “Yichadsheihu” was a major hit. Interestingly, when people were asked their favorite song, Yoely told SPLASHNEWS that he got two answers- “Yichadsheihu” from the litvish and “Aimusei” from the chassidim. This album,  produced by the very talented Naftali Schnitzler, is the continuation of that theme and I think he hit it on the nail.

If you haven’t jumped on the Yoely Greenfeld bandwagon yet, now would be a good time. Oh by the way, make sure to check him out this Chol Hamoed in Brooklyn College where he will perform alongside Avraham Fried, Benny Friedman, and Simcha Leiner. Here is my take on the album.

1.Tantzt-When I first sat down to listen to this album, a friend of mine wanted to test my knowledge of music. He asked me to guess the style song by looking at the composers and arrangers. I took one look at this track and saw Meir Adler as composer and arranger. I said “Chassidish Techno” (did I just create a new genre?). Well I was 1 for 1! This is a great opener and I love how the song starts to take form in the first 45 seconds. Everything from the pads to the looping is gradually added until we have a rocking song on our hands. Love the high part when it takes a turn in the middle “Tantz Tanz Yiddele…”. Great job Zevi Fried on the choir. 4 out of 5 Stars

2.Tezakeinee-Beautiful  song composed by Motty Illowitz who has rosen in the ranks of composers fairly quickly. I always liked these words from Chanukah Licht. Great choice for the title track. It features classic arrangements by Moshe Laufer. I like when he breaks away in high part at 4:43 and lets the choir by Yoely Horowitz take over. I always like when singers do this as I feel it gives the song a fresher feel and a new meaning when they come back in. Hope that wasn’t too deep:) 3 1/2 out of 5 Stars.

3.Haboitchim-Nice freilach song composed by Pinky Weber and arranged by Moshe Laufer. Can’t get any more classic than that. It will take a lot to get me really into a freilach so I will admit that this isn’t my favorite song on the album. 2 1/2 out of 5 Stars

4.Sois-This is the gorgeous song I was waiting for. Composed by Yitzy Waldner who for those that haven’t realized is one of the biggest composers today. This song reminds of Yichadsheihu because it moves away from the typical slow song. I like the sax intro which leads into the low part where Yoely kind of takes it easy until he gets to the high part. There, he steps it up until he gets to the second half of the high where he really breaks it out. I must mention that the first part of the high sounds like the high in Eli Gerstner’s “Es Panecha” (Track 6, Chevra 2). I happen to love that song so I think it makes this one sound even cooler! This song, “Sois”, also features a great electric guitar bridge at 3:47 that really complements the song well. My favorite part is at 4:12 where he transposes and sounds awesome! Arranged by Ruli Ezrachi. 4 1/2 out of 5 Stars

5.Iveyoim-Wow! I knew LIPA was talented, but to compose this song? This is my favorite song by far, as well as the favorite of many others that I’ve spoken to.Full of energy; this is one of the best horah’s that I’ve heard in a while. Arranged by Ruli Ezrachi. I like that he didn’t try to do too much with the arrangements but let the song speak for itself. 5 out of 5 Stars

6.Vezoicher-Another Pinky Weber classic, starts off chazzanus style than breaks into a classic hartzige niggun. The sounds like they were trying to do something just a drop different while still keeping it hartzig. If that was the intention, great job. Arranged by Moshe Laufer with just a hint of violins in the backround. I would have gone heavier on those but that’s just me. A little bit of different beat at 5:10 like they wanted to see if anyone notices these things. Yeh, we do. 3 1/2 out of 5 Stars

7.Hatei-Composed and arranged by producer Naftali   Schnitzler, this is a very interesting ballad right up my alley. This song reminds me of “Al Tirah” from his first album. Highlight for me is the great vocal piece starting at 2:47. The song also features a great flute interlude at 3:42. I also have to mention that break away part that I always love at 4:23. Great vocal arrangements there. 4 out of 5 Stars

8.Neshimu-I’m not sure which Yitzy Waldner song is better, “Sois” or this one. He just doesn’t stop rolling out the hits! Very pumping high part which is followed by a great bridge.  Arranged by Moshe Laufer with the signature brass. Great choir work on the bridge starting at 3:27 by Yoely Horowitz. The choir also starts singing a melody in the backround at 4:14 that I know from somewhere but can’t place it right now. Maybe you can help me with this one! 4 out of 5 Stars

9.Chavivin-I love songs like these especially when Yoely is singing them. I would have used a harmonica in the intro but unfortunately I wasn’t asked to do the arrangements. Naftali Schnitzler composed and arranged this song and did a great job at both. Except for the missing harmonica. Great dinner music. At 3:35 all the instruments drop out besides piano. That’s called thinking out of the box. Love it! 4 out of 5 Stars

10.Letoiva-Also composed by Naftali, this Yiddish song was written by LIPA who is the master of Yiddish lyrics. Arranged by Moshe Laufer. I have to admit, although I think the melody is nice, it’s a little dry for a little too long. That is until 3:41 when the beat kick in. I know there will be people who will love this song but it’s just not “me”. Just my opinion, don’t freak out. 2 out of 5 Stars

11.Shulom-A dance song composed and arranged  by Pinny Ostreicher. While they kept it simple; for this song I would of played around a little more but again, they didn’t ask me. If you are looking for a new dance or exercise song, this is it. 3 out of 5 Stars

12.Em Eshkucheich-Composed by the legendary Yossi Green and arranged by Leib Yaakov Rigler. I like the great piano intro with violins and then flute added. This is one of those songs that you have to listen to a couple times to appreciate. Yoely sings it with a lot of feeling which is befitting such words. Of course with every Yossi Green composition you will get his vocals added in (except for one song that I can think of ). I know there are those that think this is unnecessary but I LOVE it! Yossi’s vocals define his songs and really bring out the soul of the song in a way that only he can. The song ends on a high and is an amazing way to end this great album. Seriously, if you don’t get this song, go back and listen to it again. 4 1/2 out of 5 Stars

Summing it up, I highly recommend this album to all those searching for real, solid, and great Jewish Music. Oh, if you didn’t buy the first album yet, now would be a good time.