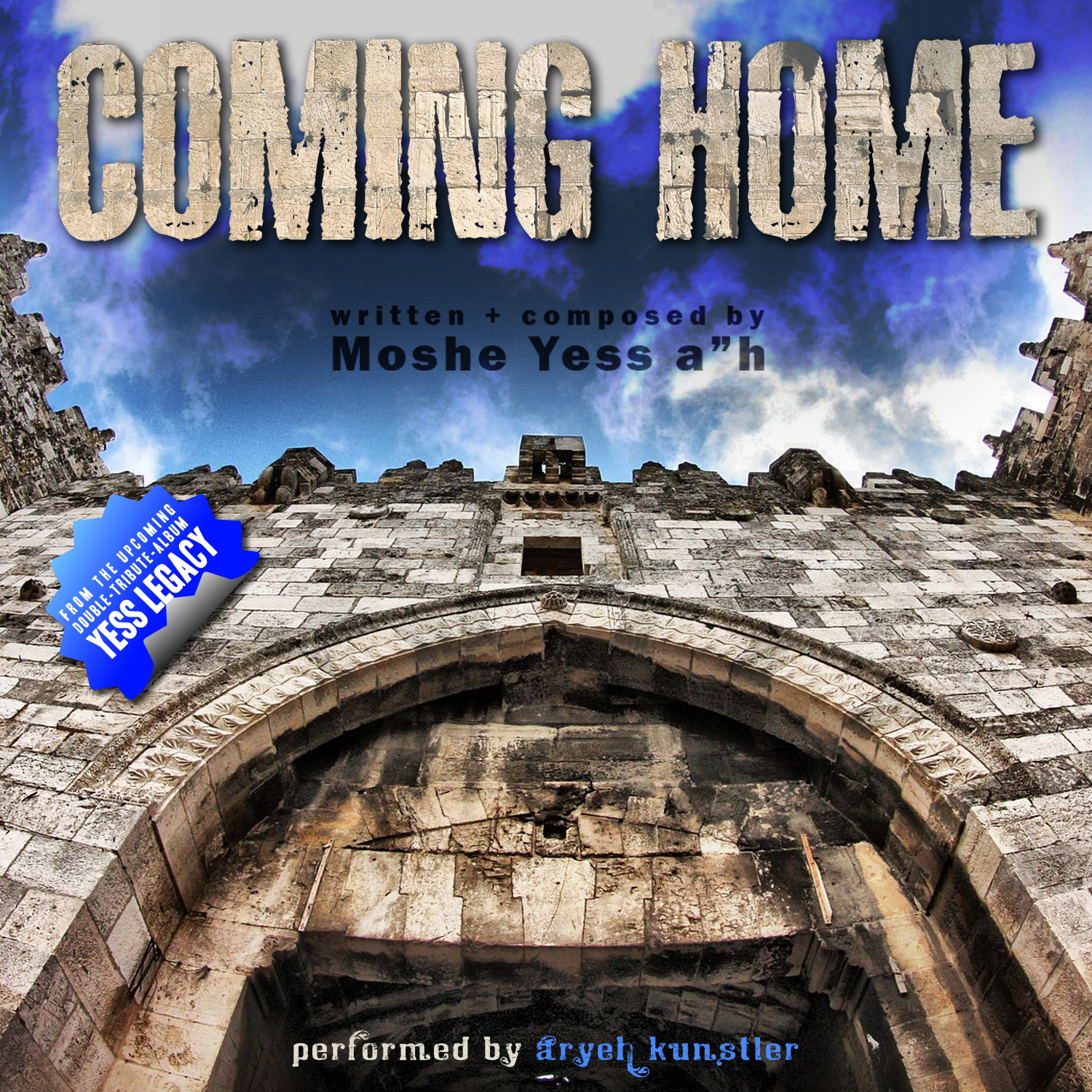 The song is available as a FREE download on www.MosheYess.ca and MostlyMusic.com

Two years ago the world of Jewish music experienced a great loss with the passing of Moshe Yess, a beloved entertainer and gifted musician whose troubadour –inspired audiences throughout the world.

Yess, who is best known for the song “My Zaidy,“ was a Baal Teshiva, who lived in Montreal, Canada, and was working as a performer and teacher until his untimely demise .

Yess’s personal odyssey began in the 1970s, when Moshe, then Morris, lived in Hollywood, until 1978, when he moved to Israel and settled on Rechov Avinoam Yelen in Jerusalem He enrolled in Yeshiva D’var Yerushalayim where he met Rabbi Shalom Levine, who became his mentor in halacha and eventually his musical partner as well. They named their duo Megama – which is  Hebrew for “direction.” Their goal was to communicate the beauty and values of Judaism with a musical style that was a blend of decidedly Amercian idioms including folk, R&B, Blues & Rock

Because this was decades before promotional/marketing ‘tools” like email, viral videos, social media etc Yess & Levine had to rely on something way more visceral to get their ‘brand’ out there…their talent. Their easygoing performance style and warm friendly charm translated well on stage and resulted in over 3 1/2 years of almost constant touring & recording. One whirlwind tour included 32 shows in 29 cities in 42 days. While many of their songs were popular it was “My Zaidy” that got them ‘on the radar’. Legendary radio personality Art Raymond of WEVD, once confided that it was the most requested song he had in his almost two decades of New York broadcasting. Considering the vast size and scope of his audience, that statement more than said it all

With two hit albums, a recording contract with CBS Records International and numerous educational songs, Yess’s “Post Megama” performance career spanned 20 years and 5 continents. When not performing or composing his focus was on progressing in his Jewish studies.

Because of his legendary crossover appeal and iconic reputation as a performer he was often called to grace the stages of high profile benefit shows and music festivals including  HASC – A Time For Music, the Chabad Telethon and others.

While other performers of his caliber would be content with basking in the adulation of an international fan base, Yess continued to expand his talents by partnering with Abie Rotenberg—the legendary talent that gave the world D’Veykus, Journeys and other timeless classics. Together these two creative powerhouses produced  a very unique children’s album entitled the Marvelous Middos Machine. Always looking for the ‘next” Yess turned the material from these albums into one of the first animated music videos created exclusively for the Jewish audience.. Among his other projects geared towards children were Roburg[G1] , Stories of the Baal Shem Tov and the Amazing Torah Bike.

When asked to comment on the career of Moshe Yess, world-renowned composer Yossi Green said, “we used to sing and compose in the early days, but it was Moshe Yess who taught us how to do it professionally.”

Nobody understood—or respected the magnitude of his success and the ‘power” and reach of his signature style better than Yess himself He introduced the Jewish world to his contemplative yet matter-of-fact style of music which imbued Jewish youth and adults with a message of hope and faith in G-d, while inspiring them to strengthen their commitment to religious observance.

Due to numerous health problems, Yess retired from the music scene a number of years ago. Many of his original album masters disappeared and only a handful of hits remain on the radio and in the memories of his fans. Many of his greatest masterpieces have been forgotten by all those except his most diehard of fans. Thanks to some visionary producers and performers that’s all about to change

In honor of Moshe Yess’s a”h second Yahrtzeit, Sameach Music is releasing a preview single from their upcoming all star DOUBLE-ALBUM, tribute project “The Yess Legacy.” The song “Coming Home” is considered classic Moshe Yess, with lyrics that express the yearning to return to the holy land and a performance as unique as Moshe himself. In order to stay true to Yess’s orginal music and style, producers Gershon Veroba and Yerachmiel Zeigler chose Aryeh Kunstler as the vocalist for this song. “Aryeh has this raw, young emotion to his voice and his English phrasing makes him perfect for this song”, says Veroba. “He brings new life to the music and delivers it to the new generation just discovering Moshe’s work.”

The Yess Legacy is due for release in just five weeks, in time for Purim. While it was originally conceived as a more conventional “single CD“ tribute project, producers quickly realized that Yess’s catalog of material made it impossible pay real tribute to him with just one album. Hence, the project evolved into a double album which will feature over 25 of his greatest classics, plus the possibility of additional bonus tracks being available for download. In short, enough material to enable his worldwide fan base to reconnect with him and a new generation to discover him

They say “what’s old is new” though The Yess Legacy can best be described as timeless—every bit as fresh and contemporary today  as it was when it was first debuted. For those who remember, this album will bring new life to those wonderfully warm memories…as only the music of Moshe Yess could.