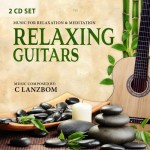 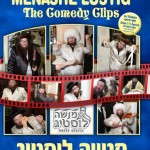 MRM Music proudly presents the new CD by C Lanzbom “Relaxing Guitar”.
Grammy award winner C Lanzbom has spent years as a studio and touring guitarist in the Middle East, C absorbed the Isreali-Arabic musical rhythms of the region, eventually fusing these ancient tones to the rock music he grew up with along the Jersey Shore. Coming back to the States, C pioneered a new brand of rock music where the sun sets and rises within the same song. With a huge list of playing, writing and producing credits from Shlomo Carlebach to Pete Seeger to MTV’s, The Real World, C continues to bring his unique sound around the world. And when he’s not touring, C runs and engineers Sherwood Ridge Studio, a state-of-the-art recording facility just North of New York City.
Also Available – Simchas Bais Hashoeva in the Chasidushe Velt
The CD has very lively music perfect for dancing at any Simchas Bais Hashovoe, featuring world-renowned singers Amron Aker and AZ Bliech.
Menshe Lestig – The Comedy Clips
Includes over an hour and a half of hilarious clips form famous actor Menshe Lestig that will keep you laughing for hours on end.
Available everywhere for wholesale call 917-482-4448.