Country Yossi: The Incredible New Album from A.K.A. Pella 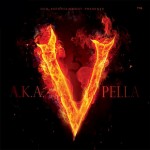 The word is defined by Webster’s dictionary as heroic; majestic; impressively great.

Have you seen the Mona Lisa? Me neither. But historians and purveyors of art refer to it as the single most predominant and impactful piece of work, that is both instantly recognizable and communicates the highest benchmark of upper echelon work that both laymen and formidable expert can appreciate.

Well enough with the intro because you know where I’m going with this.

We need to improve  the art curriculum in our Bais Yaakov schools!

No no no no no, I’m sorry. I have it all wrong. I thought that I had been writing this piece for the “sound off” section.

My apologies. I do alot of writing and I can sometimes get confused.

I’m glad Country Yossi is there to remind me that this is in fact, the article about A.K.A. Pella.

All kidding aside, this article should be titled  A.K.A Pella V: An acappella experience of epic proportions.

And why is that you ask?

I will put it to you this way. If you already have bought the album which came out last week and listened to it even once (but I recommend a good several times as you can’t fully get a good picture of something until you have given something a few good listens………. at least that’s what my fairly famous former editor used to tell me), then you know exactly what I mean.

And if you haven’t yet gotten hold of the album just yet but maybe just heard rumblings about the A.K.A. Pella version of “Ya alili” or something about “some funny outtakes”, then you will know soon enough.

Now if you have ever read any of my writings or articles and know my style, you know I’m not one to be overly grandiose or effusive with heaps of praise and adulation when talking about a particular product or item I am discussing. It annoys me when others do it and I know it annoys you the reader as well. You know exactly what I’m talking about. “The succulent pieces of tender marinated chicken melted in my mouth and carried me away blissfully to a calm and peaceful serenity of pure taste bud bliss I shall never soon forget. I only wish I had more room in my now stuffed middle section to try every item on their jaw dropping and mouth watering menu.”

Would you stop it already????!!!!! You are making me nauseous, not hungry.

So now that that’s out of the way, Let me continue.

A.K.A. Pella V is out and it is fantastic.

There is alot to write about and mention and I will try to give it the credit it deserves without sounding overly zealous and promotional.

After all, no album is perfect, and not every listener will find every song, or every singer exactly to their taste or standard.

But all that being said, as acappella albums go (and even dare I say albums containing real music too) this album is on a playing field all its own.

From the arrangements and creativity of the songs and the way they all fit seamlessly together, to the level of production and attention to detail in recreating and often surpassing the originals, is an accomplishment that have many people in and outside the industry shaking their heads in amazement.

Singers producers and composers who have had their songs featured on this album and on past A.K.A. Pella albums have commented on the amount of feedback they have gotten once a song as been done by A.K.A Pella. In fact, people who have never heard of the original tune will very often go out an buy that artists cd because of it.

It’s happened before and is certainly the case here again on A.K.A. Pella V where the group once again goes beyond the scope of what we can imagine an acappella cd can sound like.

2 years ago, after the release of A.K.A. Pella Platinum, many fans of the group wondered how it would ever be humanly possible to top what they had just heard, the songs, the crazy shticks and “chaps” and how human voices could mimic the sounds of musical instruments to such a degree that had left even seasoned industry experts speechless. The sound and expectations had clearly been raised and how could there be a step up from what one fan described on their website guestbook as “Greatest. Acappella. Ever!”

Well, it’s not my opinion here. I’m merely echoing what I’ve heard from anyone who I have interviewed or spoken with about A.K.A. Pella V. It is not a question. It’s their best one yet. When you ask people about it, the response is almost always the same. First a big smile and then…………the 2 most commonly received responses have been 1)”It’s amazing” or 2) IT’S INSANE!!!!!! (usually punctuated by the person standing most immediately in the first persons vicinity bursting into a knowing grin or laugh and then the two of them exchanging some sort of hilarious expression of enjoyment followed by a high five, slap on the back ,or what I’ve seen most recently from 2 baaley batim discussing the album…. a “fist bump”).

You’ve probably already heard by now about what A..K.A. Pella has done with “Ya’ alili” and all the funny things they incorporated into this song i.e.,the new Ashkenaz Sephardic differences, lyrically showcasing in laugh out loud references the foods we eat on shabbos,the kind of cars we drive,and yes even  what we call our cleaning ladies! This is all brought out in side splitting fashion and I know a few people who nearly choked on what they were eating if this song was played during a meal.

Other notable songs that have gotten people abuzz and have lit up discussions on various blogs and social medial channels are Benny Friedman’s mega hit No Lyrics, (of which A.K.A. Pella does 2 versions and it’s still anybodys guess on which one is more popular), 7th Heaven a positively gorgeous medley which in my opinion, is A.K.A. Pella at its best, and  Aravim, the huge hit from Yaakov Schwekey which features notable guests Shloime Kaufman, Simcha Leiner and The Shira Chadasha Boys Choir(yes, all 3 on 1 track!). It’s amazing how with all the seemingly endless array of harmonies and perfectly balanced voices, everyone sounds incredible, especially the kids who are enhanced by some really intricate harmonies and wow inducing shticks and vocal effects. There is also an “Aha” moment in this song that has left many people, myself included just shaking our heads at the pure creativity and level of sophistication this album has that makes it such an enjoyable listen.

You know what to expect from these guys when you pop an A.K.A. album in for the first time, but with this album, they have shattered all expectations.

Platinum was amazing, but this is a completely new level.

I’ve heard from numerous sources that besides for having their own motivations for doing so, due to overwhelming responses, requests and ideas from fans, there are several music videos planned  and one that I know is already in the works.

As a side point, the outtakes(which is an entire article by itself), which they have incorporated provide a unique dose of comic relief and you can tell how much fun the group has during the recording process. It’s a truly innovative concept and not everyone can pull it off. I can see Lipa doing something like this now that the torch as already been lit and I can see this being something many others begin to incorporate into their albums as time goes on.

To make a long story short, this is an album that clearly shows what good songs, great harmony and clever ideas when all fused together can become.