Aryeh Kunstler, who has released two full length albums, “From the Depths“, and “Our Eyes Are On You“, plus two singles, “Nachamu Unplugged” and “Gam: The Remix“, is set to release his 3rd single.

The new single is a cover of the Moshav Band’s “Don’t Give up” which was first released on the “DAYS” album, and then later on its BEST OF CD. (Hear original here)

Aryeh plans to release the single on May 13th, the Sunday after Lag B’aomer. It will be available for download. Check back here for updates on this new single. We at JMR are of course very excited to hear Aryeh’s interpretation of this classic song. 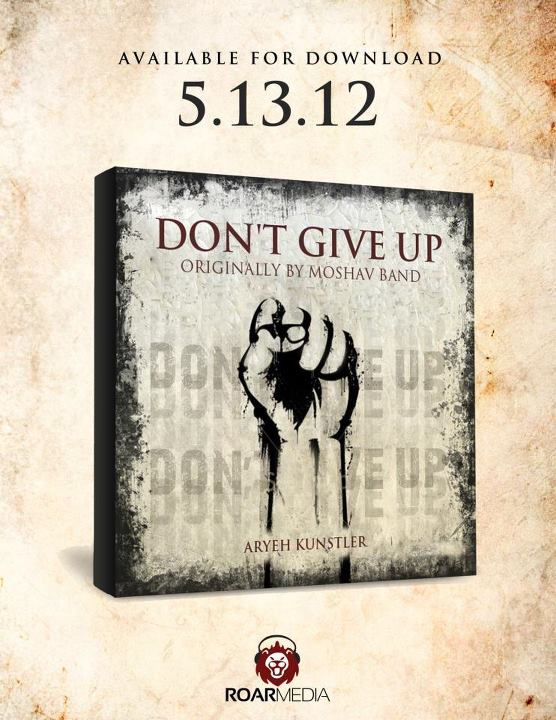