“For me, success is reaching the one person I can inspire with my music. The one life I can touch.” Esther Freeman’s message of connecting with her audience on a one to one basis sometimes collides with the main stream notion in today’s world of trying to appeal to the masses. Esther always knew she was born to sing on stage and over time her dream unfolded into reality, her mission took form. When she was younger, friends and relatives encouraged her to go to Hollywood and find an agent. Esther, who was raised in an Orthodox home, chose instead to inspire Jewish girls and women through her music rather than going off to Hollywood to make her mark. “Most people don’t only want to be entertained, they want to be understood,” she says. “I want to show Jewish girls the honesty and depth that Jewish music can bring.”

Esther’s singing career took off upon her return from Seminary with 11 original compositions based on personal experiences. With guitar in hand, she traveled across America, Amsterdam, Sweden and London stunning audiences with her unique sound. Esther’s petite frame belies the sheer power of her voice. Her strong, soulful sound holds every listener captive. Still, Esther’s powerhouse voice is but a portion of the package.

Invited by Chanale to open for her at a recent women’s concert in Rockland County, Esther won the hearts and emotion of new found fans. “Esther is one of the few performers that I ever met who command the stage,” Chanale says. “Her words are meaningful. She has a lot of heart and soul.”

Rochel Leah Shapiro, former director of the young women’s Nightlife project, first saw Esther perform at an informal event. “She had a very genuine energy about her,” Shapiro recalls. “Esther naturally transcends the stereotypical view of Jewish music.” continues Shapiro. “She is all about originality and expressing life’s true struggles and purpose.” As soon as Shapiro decided to hold a Nightlife concert, Esther was the first singer she reserved.

Esther belted out song after song and with each stanza the crowd drank in every word. “Everyone connected to her, they were blown away,” says Shapiro. “There’s something in her that you don’t hear in any other singer. It’s more than the voice, it’s the message. Esther brought the audience in touch with their core; with what is really true. She’s the type of person who doesn’t hide behind a mask.” “

Esther has universal appeal,” agrees Sarah Alevsky, co-director of Chabad of the Upper West Side. “She sang here for secular girls in their teens, women in their twenties, thirties, forties, and fifties. They were all impressed that an orthodox woman could have that kind of delivery.”

Leah Namdar, co-director of Chabad in Sweden, has seen Esther perform numerous times. Namdar’s favorite song, “Come My Bride,” which is based on the Chassid ic discourse “Basi Legani,” compares the world to a garden. “Hearing her, you feel the sun shining into this world, into this garden,” says Namdar. “Esther is not a lonely figure up on the stage. She connects with the audience. Her song is a gift to them.”

After years of fans anticipating the sound of Esther’s music emanating from their ear phones, she has finally released her first CD “To Love Another,” featuring two of her many hit songs. Esther’s next appearance in her stage lineups will be on Sunday February 12th at the Actor’ Temple Theatre for the ATARA conference and an upcoming event before Purim in Crown Heights soon to be announced. Esther will be available for booking come this summer. Have a listen and get hooked at www.SingingWithEsther.com.
Download on MostlyMusic.com 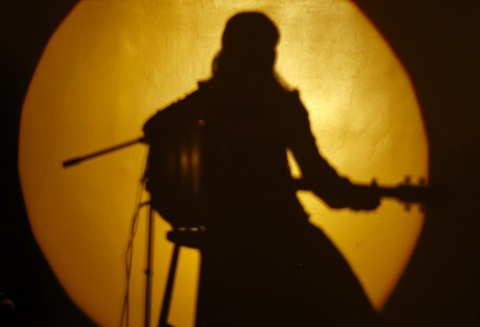