The Debut Album from Mendy Werzberger! Featuring the music video for “Toda” 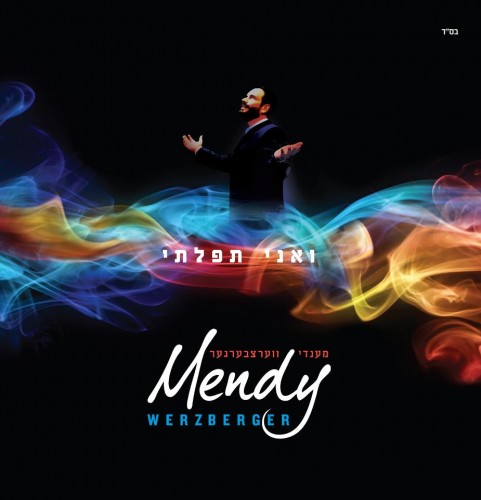 With the release of his upcoming album, V’ani Tefilosi, the Jewish music world will have a long awaited opportunity to appreciate the many facets of the multi-talented Mendy Werzberger, whose compositions and vocals have graced numerous songs over the years.  Mendy’s songs have been featured on albums by Piamenta, Yosef Chaim Shwekey and Mendy Wald, among others, and he has appeared not only at countless simchas but also on several albums and projects over the years including Unity for Justice, Copyright and Mendy Wald’s Echad Yachid U’Meyuchad.

As a child growing up in Toronto Mendy sang on several albums, but despite his mother’s persistent urging, he had no interest in recording a solo album.  As time and life went by, music became an integral part of his life and Mendy soon found himself composing song after song.  He began working on an album several years ago, and after sitting shiva for his mother, Blima bas R’ Chaim a’h this past summer, Mendy realized it was time to fulfill his mother’s dream by finishing the album, which is dedicated in her memory.

Calling music “the language of the soul”, Mendy covers a wide range of musical styles, with compositions that are both cutting edge and timeless and he hopes that his singable, heartfelt songs will connect with people and inspire them.  Mendy also donned the producer’s hat for this album in order to bring out the emotion and true essence of each and every song.

The upbeat and catchy song Toda Lecha, being released as a music video produced by

Sparks Productions and a free download, is particularly meaningful to Mendy.

“Our live are so busy and fast paced,” explained Mendy.  “We are so rushed that we take things for granted and miss out on so much of life.  We all need to slow down, take the time to look around us and appreciate all that Hashem gives us on a daily basis.”

V’ani Tefilosi is in the final stages of production and Mendy hopes to have the album, which is being distributed by Nigun, on store shelves by Rosh Chodesh Adar.

You can download the single for free by going to TopJewishMusic.com