JMR Exclusive: Return of The Chevra!

You may not have noticed a recent JMR item about a YBC/Chevra NCSY show that took place this past Sunday in Baltimore, but if you did you might have stopped and wondered aloud:  the Chevra? 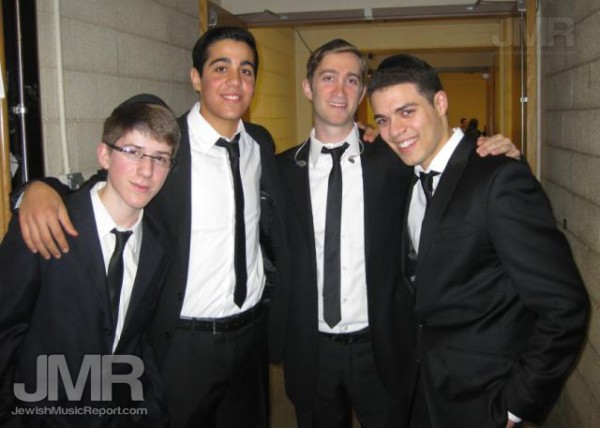 In an exclusive JMR scoop, Eli Gerstner took a few minutes out of his busier than busy schedule to share a sneak peek about the new (and not so new) members of this always hot group.

Consisting of Chaim Frand, Ely Shalom, Azriel Zylberberg and Nati Chaboura, the new Chevra consists of one Chevra alumnus (Frand), two YBC alums (Shalom and Zylberberg) and a very dedicated Torontonian who switched to a Far Rockaway yeshiva (Shor Yoshuv) in order to be part of this very exciting opportunity (Chaboura).  With the exception of Frand, all are in their teens.

“I have always tried to keep the Chevra young, fresh and innovative,” said Eli.  “Our original guys were a little older and two years down the road they all got married.  We are going a little younger this time in the hopes that this new Chevra will be here for the long haul.”

Not much information has been released about the new Chevra for the simple reason that they went straight from finalizing the group to rehearsals and recording every day.  Not only are there three more Chevra shows lined up in the immediate future, but they are hard at work on their next album which they are hoping to release Purim time, but Eli cautions that as with any album, it will be released only when it is ready.

Also in the cards for EG Productions?  With so much talent in house (think former Chevra and Menucha members) there is talk of another, more mature group on the horizon as well. 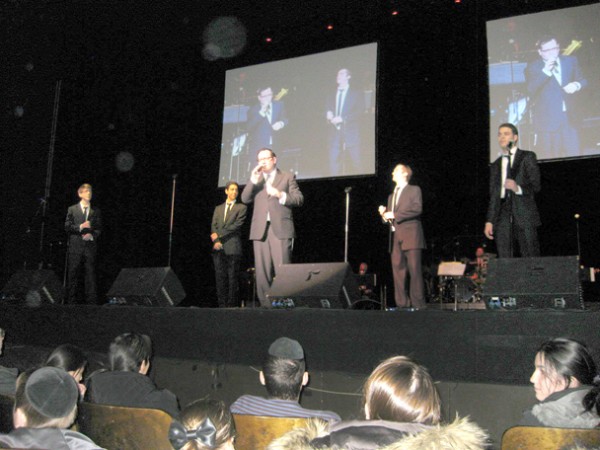