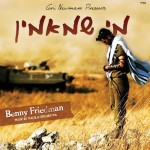 The release of Mi Shemaamin, an infectious single released last week by crowd pleaser Benny Friedman, marks the first time that I have ever reviewed a single.  Then again, there aren’t too many singles out that grabbed me like this one did, with it’s can’t miss message of emunah and bitachon set to a soundtrack that just doesn’t quit.

The song originally appeared on an album called Derech Lachaim, released by singer Israeli Eyal Golan in January 2010.  A quick glance on YouTube reveals that this is clearly a popular song.  Golan’s original version has over 3,800,000 hits and it was also recorded by Meydad Tasa, as well as being adopted by several summer camps.  What makes this song so well loved is the combination of a terrific composition, paired with killer lyrics.  Add in the dream team of singer Benny Friedman, producer Avi Newmark and engineer Ian Freitor and this version of Mi Shemaamin really stands out.

What makes this song so popular is that aside from being great from a musical perspective, its lyrics define the essence of Judaism.

“The song expresses a pride and a joy in being Jewish, in being Hashem’s chosen people, and it also expresses Hashem’s love in return for us,” explained Benny Friedman.  “Some people have the misconception that G-d and G-dliness are the exclusive property of religious people. But then along comes Eyal Golan, an artist who does not call himself Dati, or Charedi, or anything like that, but most certainly still counts himself among the believers, who have nothing to fear because ‘Lanu Yesh et Melech Haolam,’ Hashem loves them because they are his children and we love Him for the same reason, and whatever it is we might do in our spare time doesn’t get in the way of that very basic and unbreakable love that exists between our Father and us.”

The song was also recorded in honor of the Israeli Defense Force and the cover art for the single depicts an Israeli soldier, wrapped in tallis and tefillin, standing in front of a tank.

“I want to dedicate this song to the Israeli army,” said Avi Newmark.  “As we saw in the case of Gilad Shalit, we kept the emunah and he came back to us. When I heard the news of Shalit’s release it was this song that instantly came to my head. The IDF is what keeps our nation alive and the Jewish flame burning strong. It is our small way of saying thank you to them.”

The song is available for 99 cent download on both Mostly Music and iTunes.