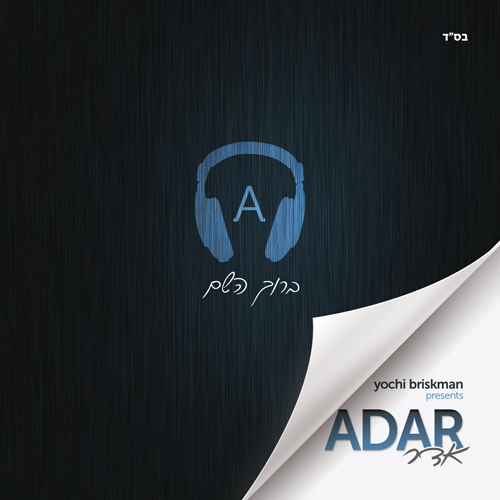 While the month of Adar is still more than twelve weeks away, Amram Adar is set to debut in the Jewish music scene in time for Chanukah with a 12 song album titled Baruch Hashem.

A Miami native, Adar has been singing for most of his life, and his carefully trained voice is both eloquent and spectacular.  It is clear why veteran producer Yochi Briskman signed on to work with Adar, on this album which was eighteen months in the making.  While Adar’s name may be new to many, he has been making his mark in the cantorial and philharmonic world for years.

Baruch Hashem features a tantalizing array of music in all genres:  from Yiddish to Hebrew, from Chasidic to horas and including a breathtaking cantorial selection, Adar’s sweet voice shines in every genre.  A relative newbie to the the world of Chasidic musc, Adar teamed up with many of the biggest talents in the business, in addition to some lesser known names, to create this strikingly unique album. With compositions by Yitzy Waldner, Yochanan Shapiro, Yoni Eliav, Dr. Mordechai Sobol, and Adar himself and arrangements by Mona Rosenblum, Moshe Laufer, Ian Freitor, Ofir Sobol Yanky Briskman, Dr. Mordechai Sobol and Yoni Eliav there is an impressive array of quality material, coaxed to perfection by a team of experts.  Choirs by Moshe Roth Yossi Greenbaum, Ofir Sobol and Yoely Horowitz of the Shira choir lend an extra touch to the album and under Yochi

Briskman’s careful guidance, both Baruch Hashem and Adar himself are sure to make their mark in the Jewish music world in a very big way. Baruch Hashem is being distributed by Aderet Music and is due in stores on December 11th. It will be available on CD and Digital Download.
Stay tuned for a first taste of Adar with the release of an exciting music video debuting next week.  Be the first to see the new video by LIKING Adar on Facebook here.