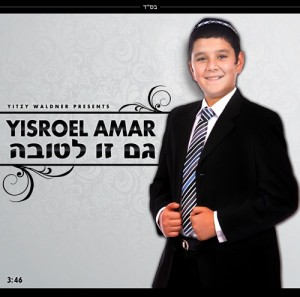 The single and title track from the upcoming full album will be available for download on mostlymusic.com andwww.YisroelAmar.com. Free Samples of YISROEL’s single are also going to be distributed at select locations including Judaica outlets, around the country.

The full album will feature all new songs composed by Yitzy Waldner and Baruch Levine with arrangements by Ian Freitor . The full CD will be available in time for the Chanukah season. The CD will be distributed by Aderet Music and will be available for purchase on CD and Digital Download on MostlyMusic.com 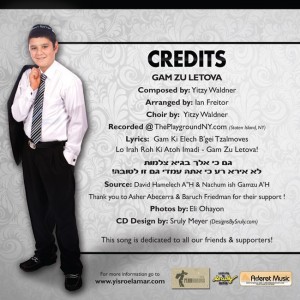 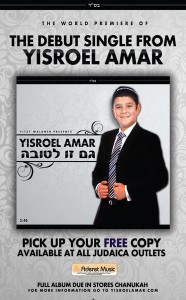