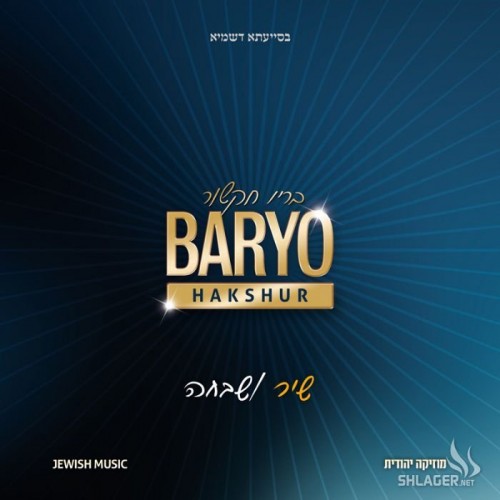 The debut album of composer/singer Baryo Hakshur is just days away and excitement is in the air. The album is entitled “Shir U’Shvacha” and includes 11 amazing tracks. Ten of those tracks were composed by Baryo himself, and one by a friend of his back in New York. For the arrangements of these masterful songs, Baryo went to musical expert Eli Assaraf, and together they even collaborated with world renown guitarist Avi Singolda on the song “Yedidim”. In honor of the upcoming release, Baryo gave us a new track from the album for you to listen to. This song “Sagidna” (Ana Avda) has already become a big hit with everyone who has heard it and we hope you like it as well. The CD will be distributed in America by Aderet Music and be available online through MostlyMusic.com as a download.