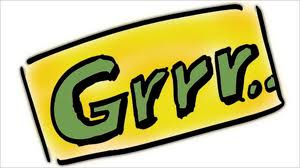 As we begin the second half of this summer’s the wedding season, I felt it necessary to write an article as a follow up to the recent article written on JMR called Wedding Pet Peeves” (http://jewishmusicreport.com/2011/08/03/wedding-pet-peeves/). As someone who has been singing at weddings for ten years, and with a father who has led a band for over thirty five years, I think I can give a little of a perspective from the band’s side of things. Sometimes many people can go to the same simcha, and all walk out with a different take on what they thought of the band. What most don’t realize is that the band usually is catering to the balei simcha, who are paying the band, and want to enjoy the music according to their tastes. The song selection, the volume, and numerous different variables are all things that can be they way they are specifically because of the requests (and sometimes demands) of the balei simcha. We have had cases that the balei simcha tell us in advance specific songs (or specific artists whose songs they don’t want played) no matter who asks for them, and when a guest comes up to make a request (usually a friend of the chosson or kallah) they usually don’t want to hear any type of excuses why we won’t play the song they requested, but do we really have a choice? We once had a case that someone made a specific list mapping out every song he wanted, and told us we should only listen to a specific friend who would come over with any requests. We did, and this friend complimented us afterwards. The next day I heard a complaint from a family member of one of the sides. It seems that a sister made a request (not on the list) and while we played it after the wedding was over, we didn’t play it when she wanted. She told others that we don’t cater to the balei simcha’s requests, and that we don’t play English songs (the song was Someday). Both of these statements were untrue! We have even played “Take me out to the ballgame”! Ironically, the chosson was a White Sox fan and was wearing a White Sox jersey, but since I am a Cubs fan, I added “Root Root Root for the Cubbies” while my father sang over me “White Sox”, but it was all in good fun and enjoyed by all. Guests at a wedding have to understand that the songs we are playing, and the volume we are playing at are usually at the request of the people paying for us. When you make a simcha, we will be more than happy to cater to every one of your requests, but today, we must listen to the balei simcha.

Probably the most horrifying experience I had was once at a wedding relatives of the chosson came over right as we were about to start the 1st dance to tell me not to sing because the mother of the chosson hates singers and it would ruin the wedding. I asked my father, the band leader, what to do, and he told me he had discussed it with the fathers of the chosson and kallah (I am close with the kallah’s side) and that they had decided I would sing less, but that I should sing. I started singing the 1st dance, and 2 brothers of the chosson rushed on the stage and basically tried to grab the microphone away from me. I obviously stopped singing, but it really threw the whole band off because no one else had any idea what was going on. I moved to the side not to make a big deal, but the kallah’s side noticed I wasn’t singing, and made sure I got back up on stage and sang the rest of the wedding, as planned. After the 1st dance all the parties involved came over to apologize and I accepted it and moved on. The only problem was they couldn’t let it go. After the wedding they came again to apologize. Then came Shabbos sheva brachos. Since I live in the neighborhood of the kallah’s family (and the chosson and kallah were staying in my basement) I bumped into the chosson’s whole family in shul and got the same apology about 4 or 5 times over Shabbos. The moral of the story? Make sure everything is agreed to beforehand, and stick to it, or at least don’t try to kill the band.

Another problem that we come across often is that there is inevitably a family member or friend with a “great” voice, who must sing a song or two at the wedding. This is besides the off tune rendition they sang at the chupa! To have this person sing during the dancing will most likely be a disaster, and can ruin the flow of the music. Usually we try to have this person sing his song in honor of the chosson and kallah during the dinner, when it will not disturb the band’s flow, or anyone’s dancing. There is nothing worse than letting someone sing during dancing, and when you see they have no idea what they are doing, you can’t get them to relinquish the microphone. Shutting off their volume is just as bad. If you are one of those people with such a gifted special voice (and just for the record, even though I am a professional singer, unless I am supposed to sing at the wedding, I will never push my way into the band to sing during the dancing) please understand, it’s nothing personal, but please save your serenade for the dinner. I did once have to turn off someone’s volume when he wouldn’t relinquish the microphone (after 15 minutes of screeching, I mean singing), and he was none too happy with me.

There is one last issue that I want to bring up, and that’s the song selection. I understand that people want to hear the latest and greatest songs, so do I! One thing I don’t understand is why people think they can only dance and be mesamayach the chosson and kallah if those songs are playing. If your goal is to be mesamayach them, then any upbeat lebedick song will work! That’s the true goal of the music being played at a wedding.

My hope is that we all are successful in being mesamayach people and together we can make many chassanim and kallos enjoy their special day! Mazel Tov!