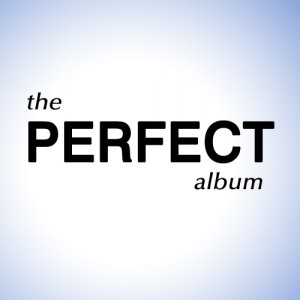 What makes an album great? Obviously, there are many aspects, but I did a quick experiment. I pulled up iTunes and sorted my 350+ albums by highest rated. As I had thought, I don’t have that many albums that I give a full five stars to – after all, I’m a bit of a critic. Only 20 albums end up with that (dubious?) distinction; as compared to about 65 albums with 4 stars. But what is the common denominator between them? Let’s look at a handful of albums, and what makes them great. (Go ahead and disagree with me! Continue the discussion by posting your thoughts in the comments on the bottom.)

1. Piamentas’ The Way You Like It: 9 songs isn’t that many, but considering the all-around class and quality, this is one of the top albums ever produced. The Piamentas have three other brilliant albums (1990, Big Time, Strings of my Heart), but this one is one that I’ve shown to many professional musicians – and I’ve heard only agreement that it’s a real work of art.

Hits:Od Yishama and Yalla Mashiach are two of Piamenta’s all-timers.
Classics:The Piamentas borrowed the classic Sefardi zemer Chabibi, and jazzed it up with some out-of-this-world jamming, alongside heartfelt vocals. They also borrowed a Belzer niggun and gave it a simple, but elegant treatment.
Duds: None.
What makes it great: The arrangements are fresh, unique and authentic. The song selection is top rate. And the second half of the album is even better than the first – making you want to play the entire album again and again. Besides, every song has a particular quality, or even moments of greatness that your ears can find pleasure in – every time you listen to it.

2. Lipa’s Keineinhora: A classy album, with musical treats all the way through. Lipa uses his voice to utter perfection in Nisht Im Shabbos Geredt and Chalom Chulamti. And the sheer amount of genres that somehow seem to fit together without contradicting each other, is refreshing. And that’s not even mentioning the lyrical genius, poignancy and humor scattered throughout.

Hits: Raboisai, Sheli Shelach, Galgal Hachozer
Duds: Shivaati is the only song I don’t particularly care for. Eliminate it, and you still have 12 songs of far-better-than-average quality.
What makes it great: This is another album that can sit in my CD player forever. Each song is a gem – a complete package of thought-through lyrics, out-of-the-box arrangements, and solid (when not great) vocals. You find that the album brings you to listen to more – from the first song and on.

3. Diaspora’s Jerusalem is Calling:You didn’t expect this one coming, did you? This is another well-produced album with plenty of variety. Pick a genre: Rock, pop, blues, classic rock, country – there’s a little bit of all of them sprinkled throughout. Avraham Rosenblum’s deep vocals excel here, and the lyrics of the brilliant title track and Shira Kayam are just perfect. Moe Rosenblum’s drums always impress me.

Hits: Changing Now was used on BT Rock, but besides that, I don’t know how much attention this album got.
Duds: Carlebach’s Hinei Anochi isn’t badly done, but did it need to appear here? It’s the one song that never seems to fit in.
What makes it great:Again, here we have another fun album with humor (Shema Bni), emotion (Yoshev), and highly skilled musicianship. There’s a great balance between the high-powered songs (Bar Yochai, Mi K’amcha, etc.) and the sweeter songs.

4. Mordechai ben David’s We Are One:Okay, I spent a while thinking which MBD album to stick in here. I could easily give credit to Let My People Go, Hineni, or even Kulom Ahuvim – all phenomenal albums. But We Are One is one album that seems to have it all – fast and slow; lyrics in English, Yiddish and Ivrit; emotion and excitement; great solos and beautiful arrangements; great background choirs, etc. It’s flat out awesome.

Hits: It seems that only Lulei Soroscha was the only song that became extremely popular.
Duds: The slightly boring L’chu Vonim
What makes it great: The mix. Another excellent offering of varying styles and emotions, combined with the fact that MBD’s voice was still at the height of its expressive ability.

5. Shuly Rand’s Nekudah Tovah:This beautiful folksy album sold over 60,000 copies in Israel, as we’ve noted before. This has mostly to do with its sincerity – both musical and vocal, but mostly lyrical. I still find it frustrating that English-speaking vocalists haven’t picked up the slack regarding good English lyrics. (Journeys, Megama, Destiny and 8th Day are some of the few groups that managed to do it consistently over a few albums. And if you want to go way back, I guess you could include JEP.) But this is a truly great album – raw, honest and inspirational. What more can you ask of $15?

It seems to me that the albums I love most need to have a combination of creativity, emotion and variety. That’s how I get pulled into them, and enjoy every time I put ’em on.