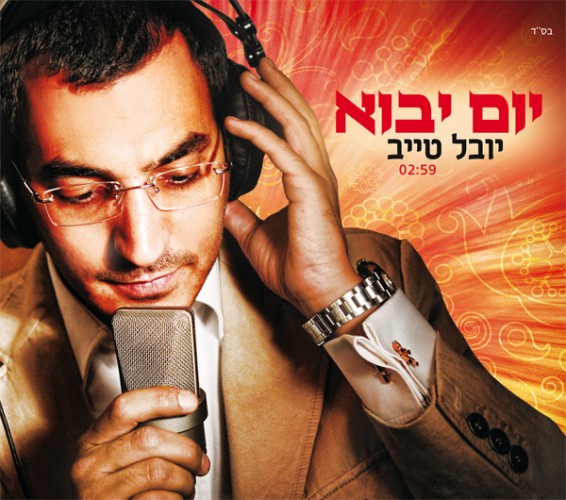 Another exciting hit from singer Yuval Taieb is about to take the playlists by storm. A Day will Come (“Yom Yavo”), music and lyrics written by Yaakov Menashe and produced in the studios of Amos Cohen.  Youval taieb continues his campaign of encouragement, optimism and a call for unity and connection within am yisrael.

Taieb has been singing piyyutim since the age of eight.  Even then his father sensed that his considerable talent needed polishing and sent him to learn voice production and classical violin.  Along with his school lessons, the youngster listened to the leading lights in Arabic music, such as Um Kaltoum, Abdul Wahab, Abed Halim, Frid Al-Atrash and others.  Since then he has brought out a number of albums, sung duets with the leading singers in the country and studied with top musicologists.  Today, Taieb is considered, despite his youth, to be a walking encyclopaedia on everything in the realm of Arabic music.  An expert in Egyptian music, he takes calls from professionals seeking his advice on the source of melodies and maqams.

Youval taieb lectures in the history of poetry and piyyutim at various academic institutions, among others at a “secret” course at the Hebrew University in Jerusalem Taieb’s two previous singles have found a place in every home and studio.  Both Am Echad (“One People”) and his version of Halleluya brought joy and pleasure to many.  Work on the remaining songs from the anticipated album is almost complete.  Experts in the field who have heard material from the album expect the new album to garner enthusiastic acclaim.