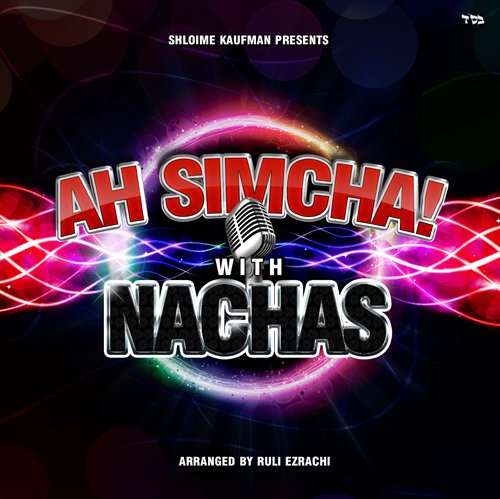 NACHAS Music has been gaining popularity among the wedding scene over the past year or so.  Eli Gerstener, Shloime Kaufman and Ruli Ezrachi are just some of the professionals that have been working closely with NACHAS in establishing his name thus far. He recently shared the stage with Benny Friedman at a Concert upstate where he received rave reviews which made it all the way to my office in Cedarhurst. Nothing is official as of yet, however, I conjecture that he is quietly but efficiently working on an album, which based on his submissions thus far, would end all. He is known as NACHAS, after his renowned single that catapulted him to the top of the Wedding scene.  And if you are wondering what his real name is – well, you will just have to sit tight a little longer.

NACHAS is a young, talented singer with a unique sense of dynamism and charisma who many critics have had their eye on of late. He has resorted to a method of marketing never before seen in the Jewish Music market. He is set to release his second single in under a year and music aficionados are looking at Shabbos Nachamu for his long awaited release. Those interested are encouraged to visit NACHASMUSIC.com where you will be able to download this all new single free of charge, as well as listen to some of the other songs which have contributed to this rising stars renowned status.

It’s not often that I choose to feature the talents of a performer because many of them usually do not have what it takes to stand the test of time. Here, however, we have a singer, song writer and energizer that people who adore upon seeing and hearing. He brings something unique to the mix and I can see him going a long way.

Again, visit, www.NACHASMUSIC.com for a free download this Shabbos Nachamu weekend. You can also download the song by LIKING the NACHAS MUSIC FANPAGE