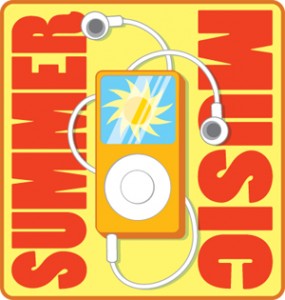 Schools are about to let out, high schoolers are busy cramming for finals and summer preparations are in full swing as both bungalow dwellers and summer campers alike  are packing up for plenty of fun and music in the sun.

Meanwhile, let’s all polish up our crystal balls and see if we can predict which songs are going to be even hotter than the summer temps, the songs that will be played and sung in camps, bungalow colonies, at the pool or in the car.

At the end of the summer, we will ask you, our readers, to share which were the most popular songs, earning the title Songs of Summer 2011, by being played over and over again wherever you happened to be.

Meanwhile, leave a comment with your prediction of which songs you think are going to be heard on iPods, loudspeakers and boomboxes everywhere!