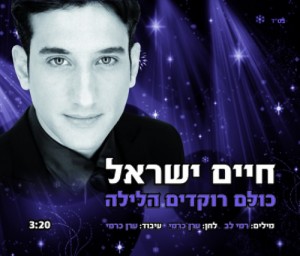 Chaim Israel, fresh off the release of what some of his fans have called his best CD yet, “Derech Chadasha”, is about to release yet another new album. Ahead of that new release comes the mega hit “Kulam Rokdim Halayla”,  his first single from his upcoming 12th album.