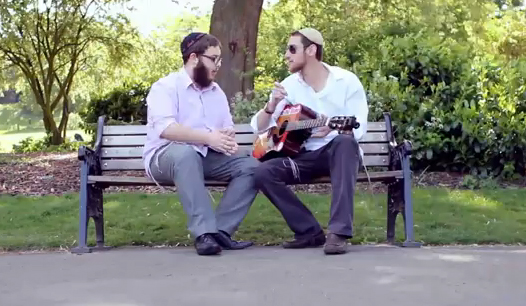 A Jewish Star finalist, Menachem Weinstein, has released another music video. Menachem is truly proving to be one of the most active from all the recent finalists of the popular contest. He has truly found a way to infuse his obvious love of Hip Hop with his true passion for spirituality and Nigunim. In this production, along with Yossi Stern, they sing the traditional Avinu Malkeinu however with their added original twist. Composed by Menachem Weinstein and Yossi Stern. Produced by Midnight Studios. Video directed and edited by Moishy Lew.