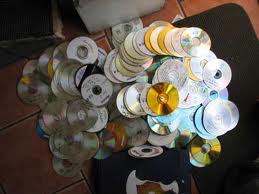 With the busy month of June right around the corner, it is likely that you will end up at a wedding or two. Or even three.

Chances are good that there will be a group of songs that you will hear at just about every simcha. But while some songs make it big, there are dozens of truly great songs out there that somehow just never seem to make it big.

JMR’s writers got together and came up with their picks for most underrated songs out there – songs that we truly love but never seemed to have caught on the way we would have hoped.

Hislahavus: Diaspora’s Jerusalem is Calling (from that album), and Lo Es Avoseinu (from The Last Diaspora/The Diaspora Collection). Both are solid songs, great arrangements, original (or unused) lyrics and messages. In both those songs, instrumental power and vocal passion go together in a perfect mix, along with a unique rock sound that is fresh and crisp.

JM Derech: Hiney Bashalom – Aidan & Dotan Horowitz (http://www.mostlymusic.com/shehecheyanu-8670.html) I know I’m going to be laughed at for this pick, but this song happens to be an incredible composition. The music could use a rework, but the actual song and harmonies are fantastic. The first time I heard this song was at a day camp carnival, very befitting considering the music on this track. It’s a downright, fun song. I would love to hear a boy’s choir sing this song composed by the Horowitz twins. I do think this CD went under the radar, understandably so, due to the lack of quality tracks on the album, but this song is a real winner and till this day, I find myself singing this song every time I see something that reminds me of a carnival (ie. clowns, parades, juggling, etc.)

T.R.U.E. Confessions: Avrumi Flam is one of the most underrated singers in the industry to date. In one of his earlier albums, B’shetzef , there are many beautiful yet underrated songs, such as Bamarom and Shema Koleinu. However, in my mind, one song in particular is one of the more underrated songs of all time. Hisnari is an absolutely gorgeous song with an easy third part that engages anyone listening to the song to sing along.

So, when Lag BaOmer rolls around, pull out the B’shetzef tape, yes I said tape, and take a listen.

Just A Fan: Ohad- Father’s Prayer. The first time I heard this song, I expected I would start hearing it everywhere; it’s so beautiful. The lyrics, the music, the fact that a father and son sing it together– I love everything about it. It’s one of my all time favorite songs. Baruch Levine- Kol Haberuim. The tempo of this song is a lot of fun; it keeps changing. The lyrics are also really meaningful. Everyone seems to know Baruch Levine’s slow songs, and rightfully so–they are beautiful. But he also has some really great faster songs, this one being my favorite, that shouldn’t be ignored.

Kol Isha: I admit to being a little stumped by this one given that there is so much material to pick from. But from relatively recent releases: Yosef Chaim Shwekey’s Yerushalayim and Shea Rubenstein’s Window in Heaven. What can I say? I love the slow hartzig stuff. Window had terrific music, killer lyrics and was a song I could really relate to. Yerushalayim is beyond gorgeous and incredibly singable, a real plus.

Out of Towner:Slow songs: Habotchim by Avrumi Flam on Korov Hashem: One of my favorite slow hartzige songs. I happen to love Avrumi Flamm’s albums, but this song is special to me because I learned it directly from the composer (with a slight variance) Yo Aisenstark , when we worked together in camp in Eretz Yisroel. Lo Ovo by Avraham Fried on Bain Kach: From the songs that have come out in the last few years, this one seemed to have hit written all over it. I have sung it and heard it played by weddings a few times, but when I requested to sing this song the last two weddings I sang in NY, I was given a blank stare and told to pick another song. Yigdal by Shloime Kaufman on Avodas Tzedakah: Not a surprise that this song is composed by Boruch Levine. It’s a sweet song, and being sung by Boruch and Shloime together add to the song. Modim Anachnu by Shloime Taussig: I have to admit, I forgot about this song until I recently heard it sung on two different occasions, and couldn’t place this sweet and hartzige song until I was reminded by a friend. Now I can’t get enough of this Yossi Green song. Shloime himself is such a sweet person, and this song is just as sweet.

Fast songs: There are two that stick out in my mind as really nice, vibrant, lebidike songs. Both are sung by the Shapiro Brothers: Ki Shemesh on Acheinu 2, and V’zocher on Acheinu 3.

Hora: Plenty of Horas come and go, but the tune of Boruch Levine’s Chosson Hatorah just screams out to you as a hit hora. It got some play when it first came out, but it seems to have disappeared pretty quickly from the wedding scene. It’s a lebedike hora with a real catchy high part. It probably has something to do with the words, but there are plenty of songs with head scratching words that make it so I guess it just wasn’t mazeldik.

English song: I know that there is not a huge place in the JM industry for English songs to be wildly popular, but I just love The Band by Abie Rotenberg on Journeys 4. It just speaks to me in my language.

A “just because” song: Anim Zemiros from Boruch Levine’s Chosson Hatorah is also an awesome song that can be sung by either adults or choirs, but seems not to have caught on at all. I call it a “just because” song since its style doesn’t lend itself for dancing or background music, but it’s a solid and nice song.

Bonus: Harei Yehuda – Compositions of Yehuda Gilden: There are plenty of CDs that come out that don’t get enough publicity for whatever reason. This one sticks out because not only is there an all star lineup of singers, but it was done to help out a worthy cause. If you haven’t heard it and don’t own it, I suggest (after sefirah of course) you check out the songs and the story, and I am sure you will not be disappointed http://www.mostlymusic.com/harei-yehuda-compositions-of-yehuda-gilden.html