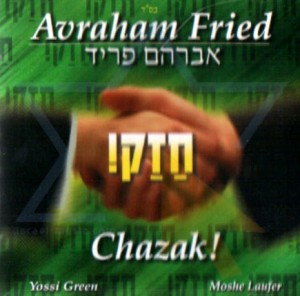 All-in-all, Avraham Fried’s Chazak is simply an amazing album, from the first beat through its last. I know I’ve said that I don’t like telling people how to spend their money, but this time I’m making an exception. If you haven’t heard this album yet then you are truly missing out, and I heavily advise you to go out and buy it at the soonest convenient time. I’m pretty sure that you can even find it on the clearance rack by now in most Jewish music retailers. I hope you enjoy this album as much as I have (and still will!); please feel free to comment on this review.