New Sefira CD: A Kumzitz in the Rain 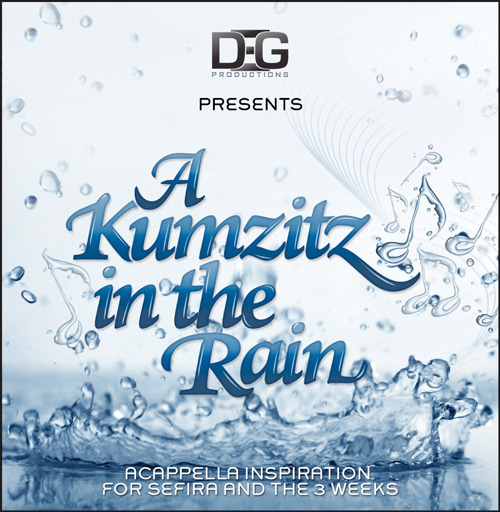 We have gotten used to seeing new acapella albums every year without fail. It seems as if everyone is competing to put out the most exciting, new sefira/acapella album. Trying to appear current, producers are taking sefira music to new levels in engineering and technology. Sadly, like a lot of Jewish music, sefira music is losing its “soul.”

This year a new album is coming out. It offers no beats, and no new parodies to secular songs. Instead, its beauty lies in its return back to what can make Jewish music so powerful and uplifting. What it does offer is the sound of pure vocals harmonizing the songs that have been inspiring the Jewish nation for decades. This sefira, prepare to be inspired by “A Kumzitz in the Rain.” The album name plays on the Yiddish word for “pure:” Rain. The name also evokes the inspiration found in real kumzitzin sung in the darkest hours of am yisroel’s existence.

Masterfully produced and arranged by Doni Gross of the budding “DEG Studios,” the album promises to deliver nothing less than beautifully produced natural music. No sound has been tampered with by technology to ensure the capture of the neshoma of every sound. The notes are delivered by a carefully selected group of talented b’nei torah and knowledgeable individuals in the music industry.

With guest vocals from music greats such as  Shloime Dachs, Dovid Stein, Rivie Schwebel, Ari Goldwag, and Dovid Dachs, it will be distributed by Niggun, i”yh in stores before Pesach.