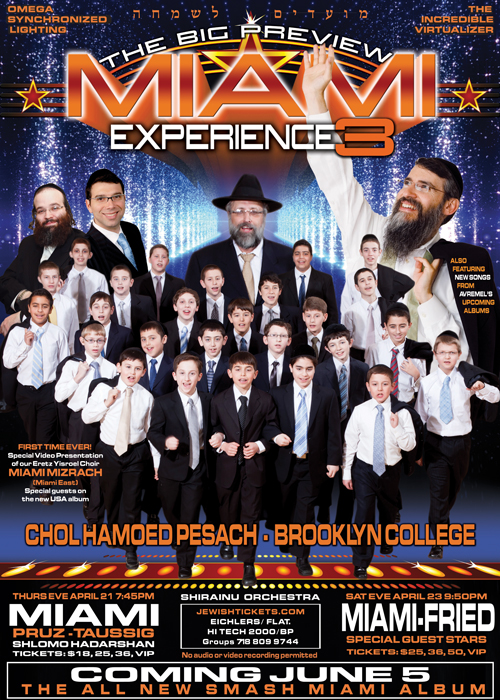 Thurs eve show April 21 – will also include PRUZ! Mechoel Pruzansky singing from his new hit album MP3. And, for the first time ever in concert in NY: Chasidic singing star Shloime Taussig- singing from his first album and previewing from his upcoming album as well. Also hilarious special guest – Badchan Shlomo Hadarshan!

Much more details on the shows in future posts and videos.

Much more details on the album in future posts and videos.