Each and every year Aaron Razel sends all his friends a special song for Purim, for free. Although earlier this year he released a slower song (Ochel Leshager Gam Oto), for Purim he re-produced a song he created 10 years ago. Aaron tells, “The song is just a new and updated version the song “Mishenichnas Adar” which I first recorded ten years ago”. Here I redid the arrangements to make it a little more fast and danceable, I recorded both versions at my father’s studio the Tal Jerusalem Studios. Besuros Tovos Yeshouos Venechamos – Harbeh Simcha  – Aaron Razel 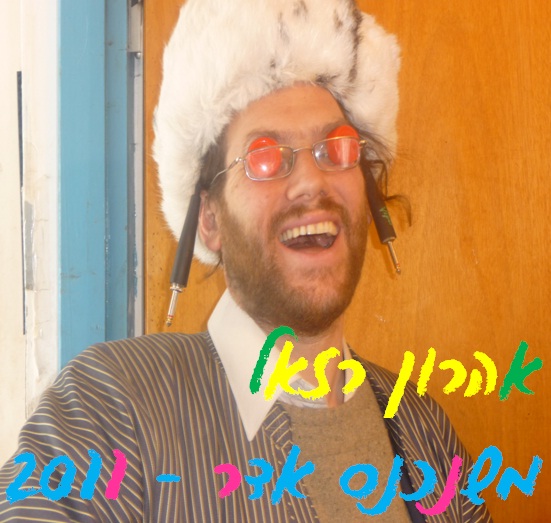