Living Torah, the popular weekly video magazine watched around the world, is about to get a new segment.

‘Music Notes,’ – a collage of newly-recorded Chassidic Nigunim accompanied by still photographs from Jewish Educational Media’s vast photo archive will be a once-monthly segment. The name derives from the clip’s unique format: The photos are accompanied by ‘notes’ – information on the Nigun, photos, or background of the scene.

The new segment was underwritten by Uri and Bassie Laber of Miami Florida. “Uri wanted to make modern recordings of Chassidic Nigunnim, while keeping closely to their original tune, without ornamentation or deviation from their true roots,” says Rabbi Elkanah Shmotkin, JEM’s Director. Bentzi Marcus, an accomplished musician, vocalist and producer, was brought in to produce the music. While making the modern recordings, the producer was tasked with verifying the veracity of every note. “It got to the point where we were seeking out older Chassidim and Chassidic musicologists to verify that our emphasis on a certain note was accurate. Then Uri would challenge me further – to verify that a certain kvetch was not added, but was part of the original Nigun,” said Marcus.

In envisioning the recording project, the producers recognized that they had something very special on their hands, and wanted to find a proper showcase for the work. “Uri has been a key supporter of our archival preservation efforts, and we realized that the natural fit would be to put the Nigunnim to photos from our archive.” Although each Living Torah DVD features 12-15 new photographs from the JEM archive over the credits, they had been seeking a platform to display more of them. He turned to JEM’s senior researcher Rabbi Akiva Nussbaum, and video editors Yanky Ascher and Yossi Margolin. Together they came up with a theme for the first segment, entitled ‘Prayer,’ featuring memorable scenes of the Rebbe in prayer at 770.

Laber then took it a step further, suggesting that they add the free association notes to the scene.

The end result, says Shmotkin, is inspiring. “Our Living Torah audience will now get to enjoy a unique combination of three elements: beautiful recordings, stunning photos, and great information. 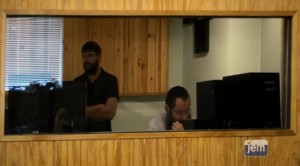 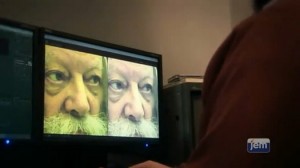 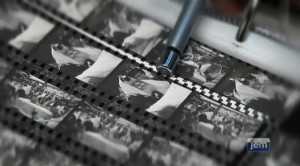