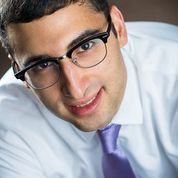 JMR:  It seems that there are so many aspiring composers these days. In such a competitive industry, how do you get people to listen to your songs and take you seriously?

YM:  It’s not easy. I used to think that the composing was the hard part and once you have the song people would grab it.  In reality the composing is easy and getting it on to an album is what takes a lot of work. Back in the days when people would record their demos to CD, I would make sure my demo was presented to the singer by someone who knew both of us, otherwise my song would get lost in the shuffle. That’s how I sold my first song. My friend Elimelech Blumstien, who had 4 songs on Shlomie Dachs’ album, presented my song to him and he was able to help influence Shloime to take it for the album as well.

Obviously these days you  send your demos via email?

Yeah, I stopped with CD’s and started doing emails, and I even did something that no one else does. A friend of mine created a website for me, yossimuller.com, which allows singers and producers to listen to my demos. It has my bio, contact info, and a page that allows you to listen to the songs. Aside from hearing the song, you can also see the words, translation, and a picture that relates to each song, just like the cover flap of an album. I’m getting positive feedback from singers about it and my songs have been moving faster since the website went up.

Aren’t you worried that someone might steal your songs?

No, it is actually password protected and only certain singers and producers who I trust can listen to the songs.

What is it like to  get one of your songs on an album?

I was really pumped the first time I got a song on an album, and I thought it was just a first time thing that would wear off eventually but the sense of pride you feel from seeing your name on album covers and hearing your songs played by weddings never goes away. I recently got a song on an upcoming Newmark Productions project and I was probably more excited than any other sale. But aside from the song coming out, which is awesome, so is the actual composing. I write a lot of songs that cannot possibly come out on an album either because they have only one part, or the words don’t belong in a song, or it is otherwise not marketable….

Not marketable? What does that mean?

I don’t know.  Last week I wrote a song with just the four words, “Nodeh leshimcha besoch emunai”.  It has only one part and it’s very random.  People are listening to it and scratching their heads, but I love it. .

How do you go about composing a song?

I start with the words,  usually words that inspire me and the tune just comes to me. I work on it right away so that I don’t lose the inspiration. Another type of song would be with words that do not inspire a tune automatically. It’s just words with a message that I  want to internalize. With those, I actually sit down with a mindset of “I am writing a song now”. It can be years till I write a tune to it, because there is no wave of inspiration that needs to be capitalized on.

What do you do when you sit down to write a song and the tune doesn’t just come to you?

I first decide what style song it will be, based on what the words mean.  If it’s a happy upbeat song, then I think of a tune that is not too simple, but not too crazy. I often have a chord structure in mind before I write the tune, so out of the main four components to a song, the order I use to create it is lyrics, then rhythm, then chords, then melody.

Ever have a song come to you just as you’re falling asleep?

Lol- that happens sometimes. I sing it to myself a bunch of times to remember it. Or, if I am too tired and want to go to sleep, I convince myself that the song I thought of isn’t that good!

Do you have any long term music goals?

Not really. I think that almost anyone who is a religious Jew first and a musician second is not going to be able to make this more than a hobby, or at best a part time job. Think about it. You’re composing a song, and you look at your watch… “Oh it’s time for Mincha!” Or you’re secluded in the woods, coming up with some really brilliant arrangement and “wait a minute- It’s time for Shabbos!” My point is that most of the people who make it in the secular world live their music 24/7 and we frum Jews aren’t available 24/7.

If you could have composed any song that is out there  which one would it be?

“Aderabeh”. It’s a gorgeous song from the tefillah of the Noam Elimelech, who I’m a descendant of. I also love the message of the song, about seeing only the good in people.